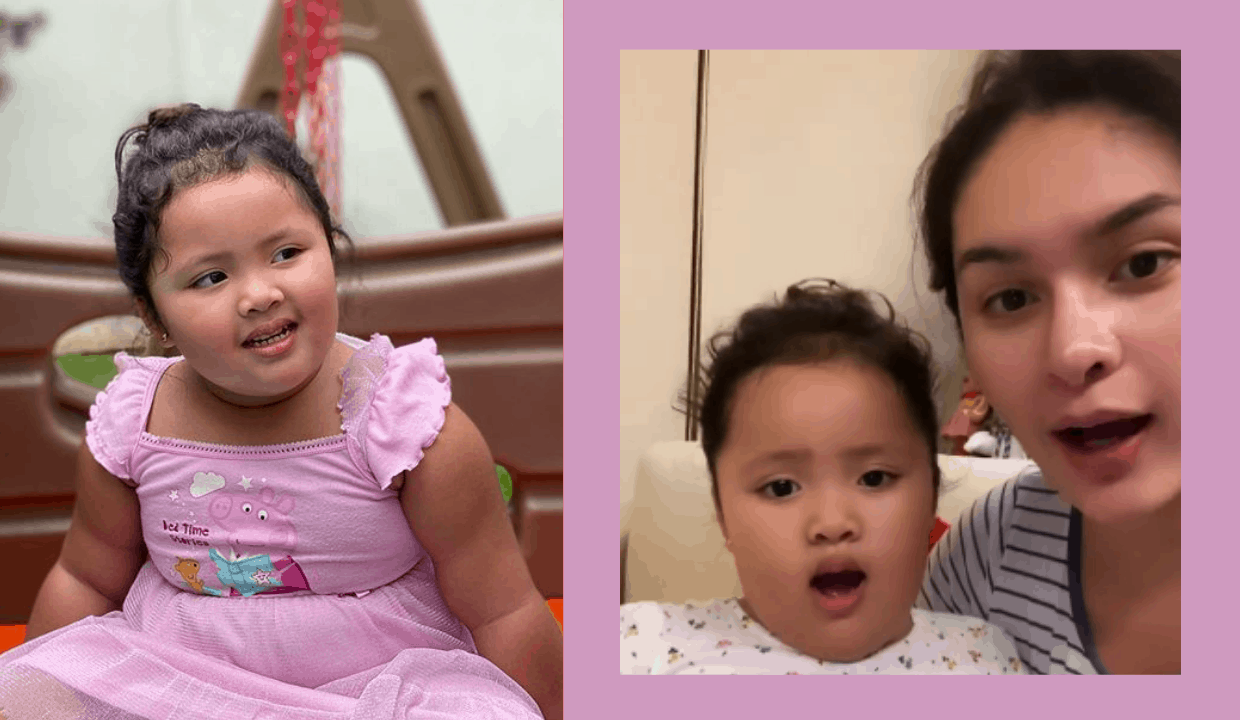 The TV host-actress on Tuesday shared via an Instagram story a clip of her duet with her two-year-old daughter singing the hit nursery rhyme.

The celebrity mom was amazed after Baby Tali changed tone during the “kwak, kwak, kwak” part.

Pauleen also said that Tali takes after her dad, Eat Bulaga host Vic Sotto, who was once the lead vocalist of the disco-funk band dubbed VST and Company.

Tatlong Bibe, which became a hit in 2016, is the Tagalog translation of old nursery rhyme Three Little Ducks.

Pauleen has previously said that music is her and Baby Tali’s “bonding session” before bedtime.

Here are more videos of Tali singing including the Eat Bulaga theme song.

WATCH: Baby Tali reenacts ‘Beauty and the Beast’ dance with...