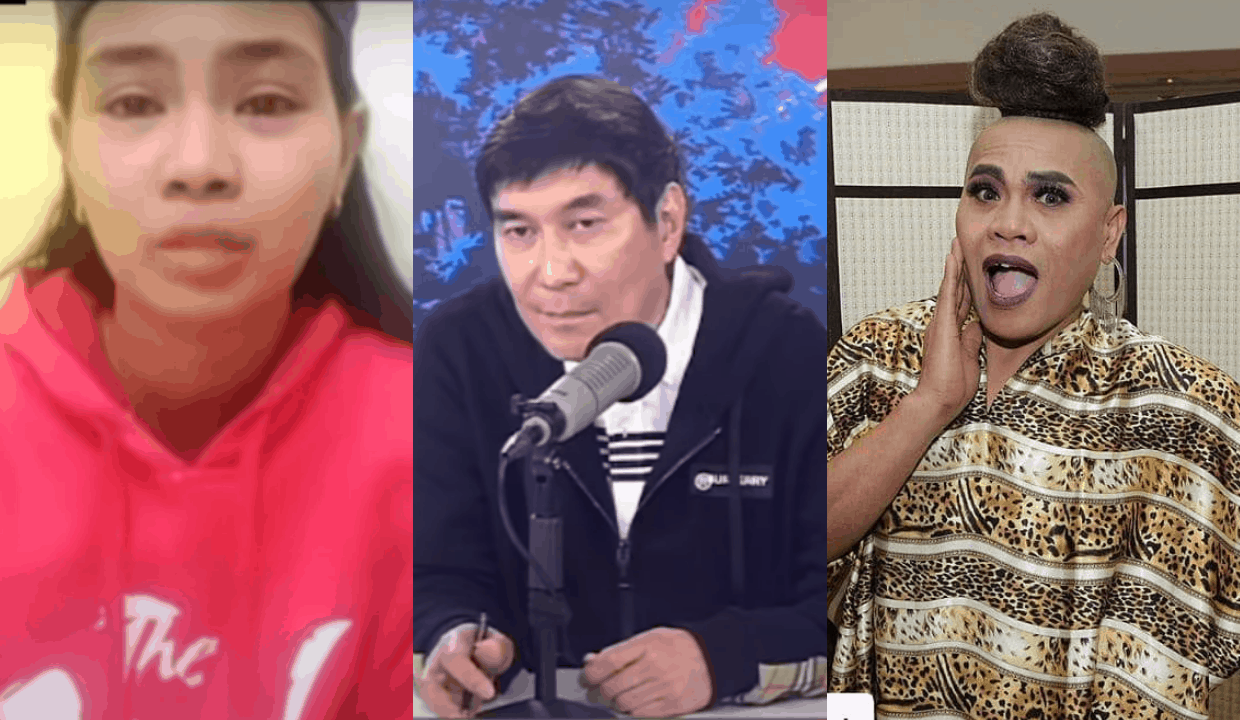 TV-host comedian Romeo Librada, more popularly known as Super Tekla, became a hot trending topic on Twitter after his live-in partner accused him of sexual abuse and lack of financial support in a TV show.

An emotional Michelle Lhor Bana-ag aired out her complaints against Tekla’s alleged abusive behavior in an episode of Raffy Tulfo in Action on Tuesday.

The program first showed a video of Bana-ag and Tekla’s heated argument where the two confronted each other on financial issues.

Bana-ag accused Tekla of sexual abuse, saying that he would often force her to have sex even when she was not feeling well.

Bana-ag also complained about Tekla’s alleged negligence towards their child, saying that he would not give them financial support every time she refused him.

Bana-ag also recounted an incident where Tekla allegedly did a lewd act and forced her to engage in sexual activity in the presence of minors.

Bana-ag, however, clarified that Tekla has already quit his vices a year ago.

Tekla was previously caught in a controversy after he left Wowowin as a co-host after an alleged rift with main host Willie Revillame. He now co-hosts the comedy program The Boobay and Tekla Show (TBATS) on GMA.

Tulfo has promised to help Bana-ag file a formal complaint against the comedian. A lawyer on the show advised her to file complaints for child abuse, sexual violence and marital rape.

As of writing, Tekla or his home network GMA has not released a statement addressing the accusations.

Ogie Diaz and Donita Nose defend Tekla against allegations by...

John Regala gets P100K aid and more from Raffy Tulfo