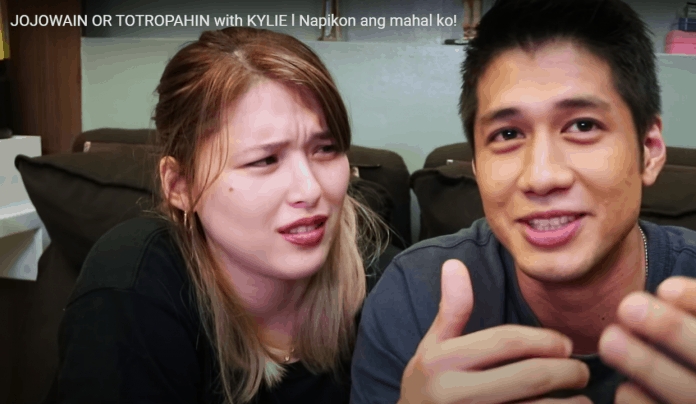 Aljur Abrenica and Kylie Padilla took on the “Totropahin o Jojowain Challenge” and one of them seemed to have become a little “jelly” over the other’s answer. Plus, the couple spilled some surprise revelations in their recent YouTube vlog.

In the video uploaded on Aljur’s newly-launched YouTube channel, the husband and wife played the game as if they’re both single as well as their fellow celebrities that will be mentioned.

While the two took turns on choosing to befriend or get into a relationship with the celebrities mentioned, Kylie at one part revealed she got jealous over Aljur’s on-screen chemistry with Rhian Ramos. The two were paired in the GMA series Ilumina and the film My Kontrabida Girl.

Aljur, on the other hand, also admitted falling in love with former love team partner Kris Bernal in the past.

Kris, in a recent vlog, earlier admitted falling in love with Aljur who at that time was in a relationship.

Kylie also pouted at Aljur’s answer to a certain celebrity, prompting him to joke, “May mag-aaway nito mamaya.”

But no, the vlog ended well as the two remain poised and sweet as they gave their honest answers to the challenge.

Aljur and Kylie tied the knot in December 2018 and are now parents to baby boys Alas and Axl.