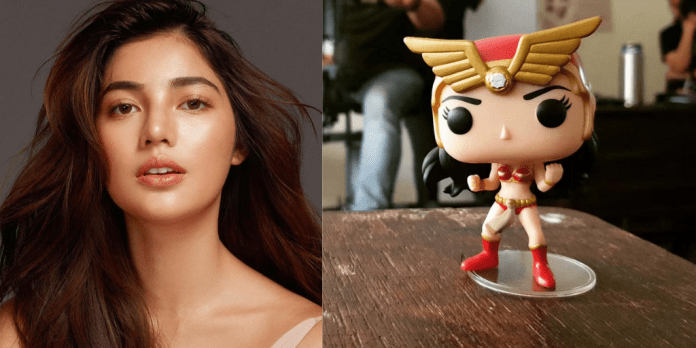 Jane De Leon will not be taking flight as Darna anytime soon after ABS-CBN decided to postpone the film project indefinitely amid the COVID-19 pandemic.

The highly-anticipated superheroine movie to be directed by Jerrold Tarog was supposed to be released under the network’s film outfit Star Cinema.

ABS-CBN, in a statement on Friday, said: “The rights to Darna remain with ABS-CBN as it decides to postpone the film production indefinitely after careful deliberation on the impact of the COVID-19 pandemic on movie production and cinemas.”

The network added that while they will adhere to the production guidelines for the safety of the actors and production team under the new normal, it will still be “difficult to give justice” to the film due to several factors.

“We are committed to following production guidelines under the new normal and the safety of the actors and production team is a top priority. However, because the movie requires complex logistics, crowd shots, and fight scenes that involve physical contact, it will be difficult to give justice to the superhero film while strictly adhering to the guidelines.

“We thank the cast, staff, and production crew for all the hard work they put into the project. We are also grateful to the Ravelo family, the Darna fans, and the public for their unrelenting support and understanding,” the statement added.

Meanwhile, the would-be Darna Jane in an Instagram post said she is saddened by the postponement but also pointed out that “safety comes first”.

“I’m deeply saddened by the postponement of the Darna project. However, safety comes first as always. Thank you so much for the support & understanding. Let’s pray for everyone’s safety. God Bless! ?❤️?”

Jane was first revealed to play the iconic Pinoy superhero character back in July 2019 after Liza Soberano and Angel Locsin dropped out from the film due to medical reasons.

Jane de Leon: Support for ABS-CBN not just measured by...