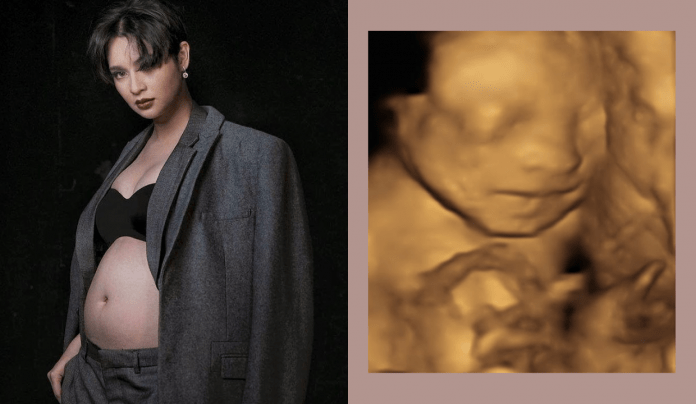 Ryza Cenon is enjoying her pregnancy as she shared sonogram photos of her baby boy on Instagram.

Early in July, the Kapamilya actress announced that she and cinematographer fiancé Miguel Antonio Cruz are expecting their first child, calling it a new journey and an answered prayer.

In a photo uploaded on Instagram on Saturday, Ryza shared a sonogram of her “happy baby” who appears to be smiling.

Fellow celebrities LJ Reyes and Chariz Solomon noticed the resemblance between Ryza and her baby.

On Monday, Ryza shared another set of 3D photos and a video of her ultrasound in the photo-sharing app.

The former Kapuso actress is expected to give birth in November.