Sam Milby reaffirms love for Catriona Gray: ‘I will fight for her’ 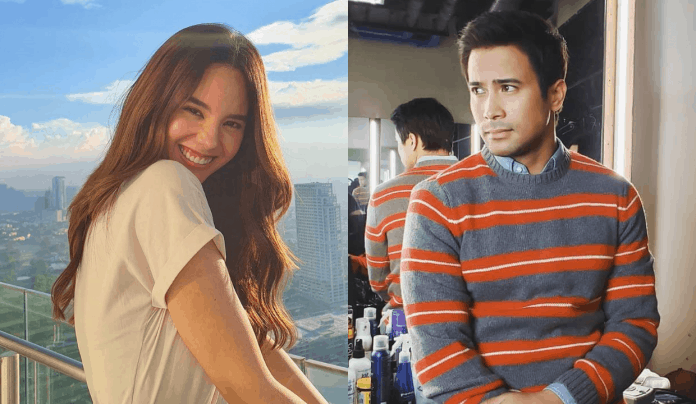 A few months after confirming their relationship, Sam Milby believes girlfriend Catriona Gray is “the one”.

In a Pilipino Star Ngayon report, the Kapamilya actor firmly said, “I do believe she’s the one na,” when asked about the possibility of settling down with the former Miss Universe during a virtual press conference of his upcoming teleserye Ang Sa Iyo Ay Akin.

Sam added that they are not trying to rush things despite their 10-year age gap, given that Catriona has just started her career.

“My difference sa edad namin. Ako I’m 36, she is 26 and kaka-start pa lang ng career niya so ang early naman. But yes, I do believe she’s the one,” he said.

Sam first confirmed his relationship with the Fil-Australian beauty queen on his birthday last May.

The two first appeared in public as a couple via a music collaboration in July to benefit an online education program for the Tondo-based non-profit organization Young Focus.

The Kapamilya actor also reaffirmed his love for Catriona, saying that he’s ready to fight for her.

Sam is set to star in the drama series alongside Jodi Sta. Maria, Iza Calzado and Maricel Soriano to be launched on Kapamilya Online Live.