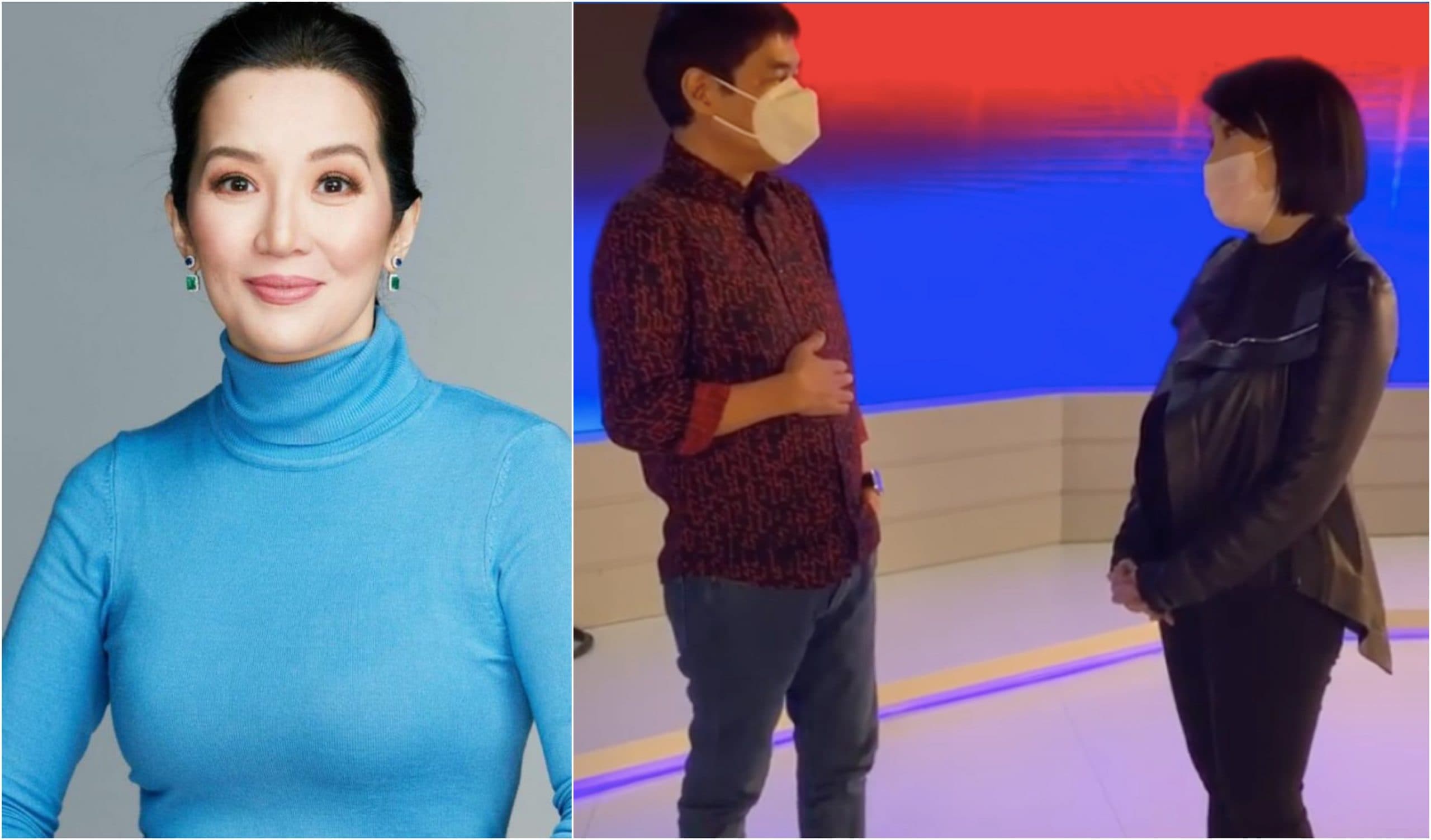 Kris Aquino has expressed that she wants to do a talk show with the “king of TV5” Raffy Tulfo, as they met for the first time amid preparations for her TV comeback via the Kapatid network.

“Hello, I’m a fan. It’s a pleasure to meet the King of TV5,” Kris said in a video of their first encounter which she shared on Instagram on Thursday.

The former Kapamilya TV host then told the Wanted Sa Radyo broadcaster of her wish that they do a talk show together.

“Sana in the future, kasi parang I like the way you stand up for women, kasi talagang ano kinakampihan mo ang mga babae at pinagsasabihan mo talaga ang mga lalaki,” she added.

Kris wrote more about their meeting on Instagram, praising the news anchor for making her feel welcome in her new home.

“The King of Public Service @raffytulfoinaction made me feel so welcome… i’m very much aware kung sino lang po ako sa mundo ng Tv5 (baguhan na maraming dapat patunayan) and that he is their reigning king (not to mention the fact that he is the ?? King of YouTube),” she began.

She said Raffy and his staff lent her his dressing and conference room, including his studio for his promo shoot.

“And he went out of his way to come down when he knew patapos na ko so that we could meet face to face… kahit alam ko naman fina-flatter lang nya ko when he said ‘mas magandang maganda ka sa person’ — hindi nya kinailangan to be nice to me that’s why it was all the more appreciated,” she said.

A talk show together might not be a farfetched idea with Kris joining the TV5 family. Her blocktimer show for TV5, titled Love Life, is reportedly pushing through this August.

What do you think of a Raffy-Kris tandem on TV?

Raffy Tulfo says rape happens because of rapists, not what women wear

#LipatSaProbinsya? Kris Aquino ‘seriously contemplating’ of settling in the province

Kris Aquino signs new contract, defends herself for not wearing a mask