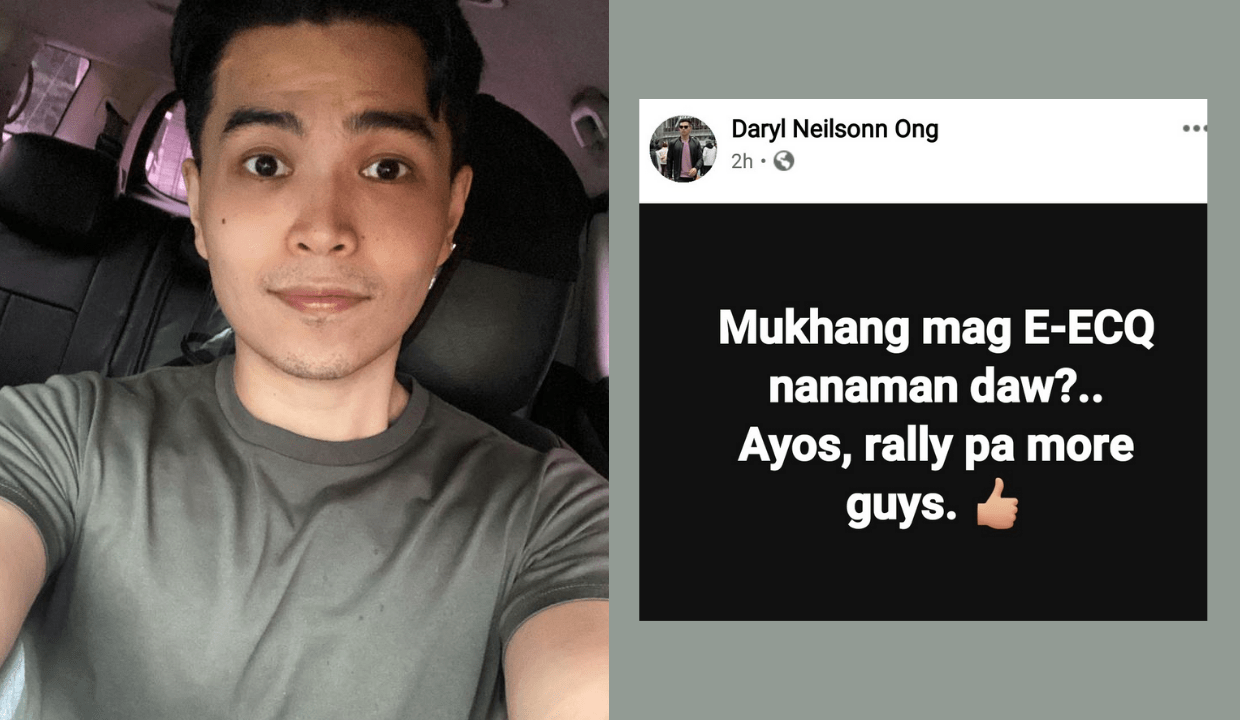 Daryl Ong drew the ire of some netizens for his alleged Facebook post against conducting mass protests amid the COVID-19 threat.

In his personal account on Facebook on Monday, the former Kapamilya singer remarked about the possibility of Metro Manila reverting to enhanced community quarantine (ECQ) due to the soaring coronavirus cases.

His post did not sit well with some, as a particular netizen commented on his post and even engaged in a word war with him.

The netizen shared screenshots of his exchange of tirades with Daryl on Twitter. His tweet has since gone viral, leading “Daryl Ong” among Twitter’s trending topics on Tuesday.

While some lambast Daryl for his remark, others also came to the defense of the singer.

Last June, Daryl also trended online after revealing in a YouTube vlog that he and fellow singer Bugoy Drilon were no longer Kapamilya artists even before the shutdown of ABS-CBN’s broadcast operations due to a comment on network’s franchise issue.

Daryl Ong was an animator before he became a singer