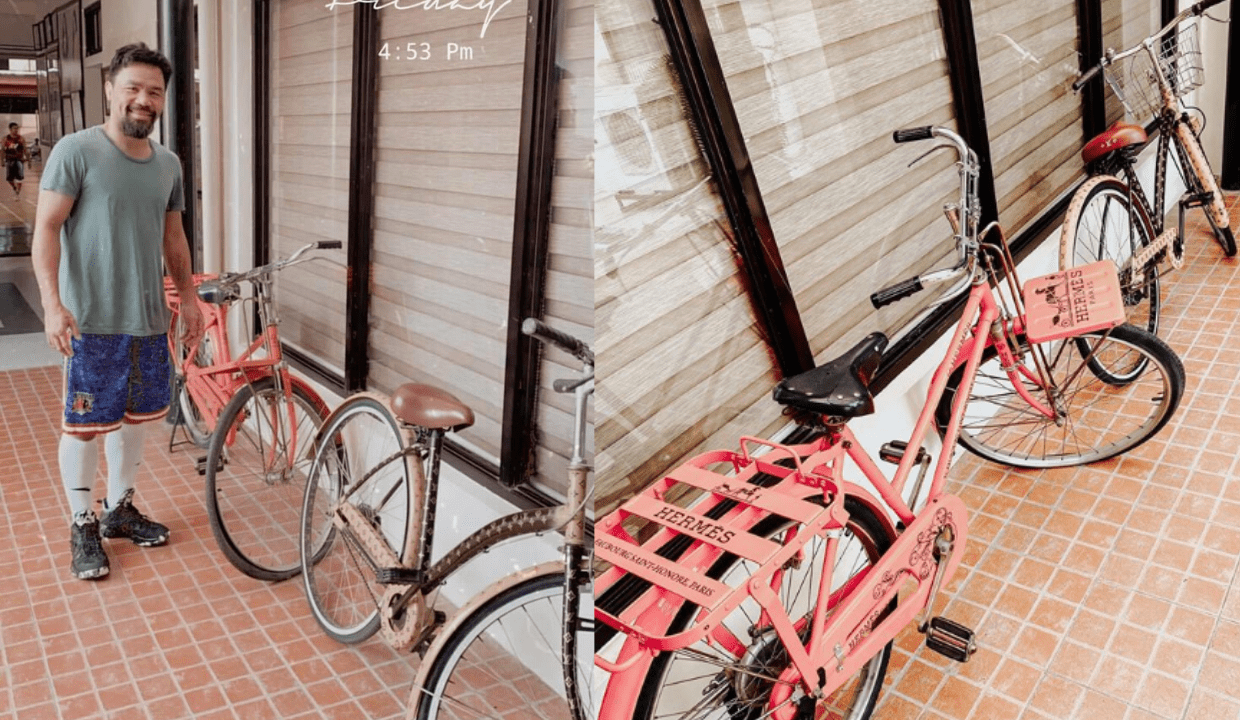 Seemingly unbothered by the controversy, Jinkee Pacquiao shared another photo of the luxury bicycles she earlier shared on Instagram.

Jinkee shared the new snap of the Hermes and Louis Vuitton bikes via Instagram story on Friday, this time with her husband Senator Manny Pacquiao beside them.

Early in July, the designer bikes became the talk of the town after actress Agot Isidro called out Jinkee for her “insensitive” post amid the ongoing health crisis in the country.

Jinkee later on clarified that the two-wheelers were a gift from their good friend.

In an Instagram story, she also shared a Bible passage that read, “Don’t judge others,” after the issue blew up on the internet.

WATCH: Manny and Jinkee Pacquiao show off musical talents in...

Jinkee Pacquiao takes kids on a carabao ride in Sarangani