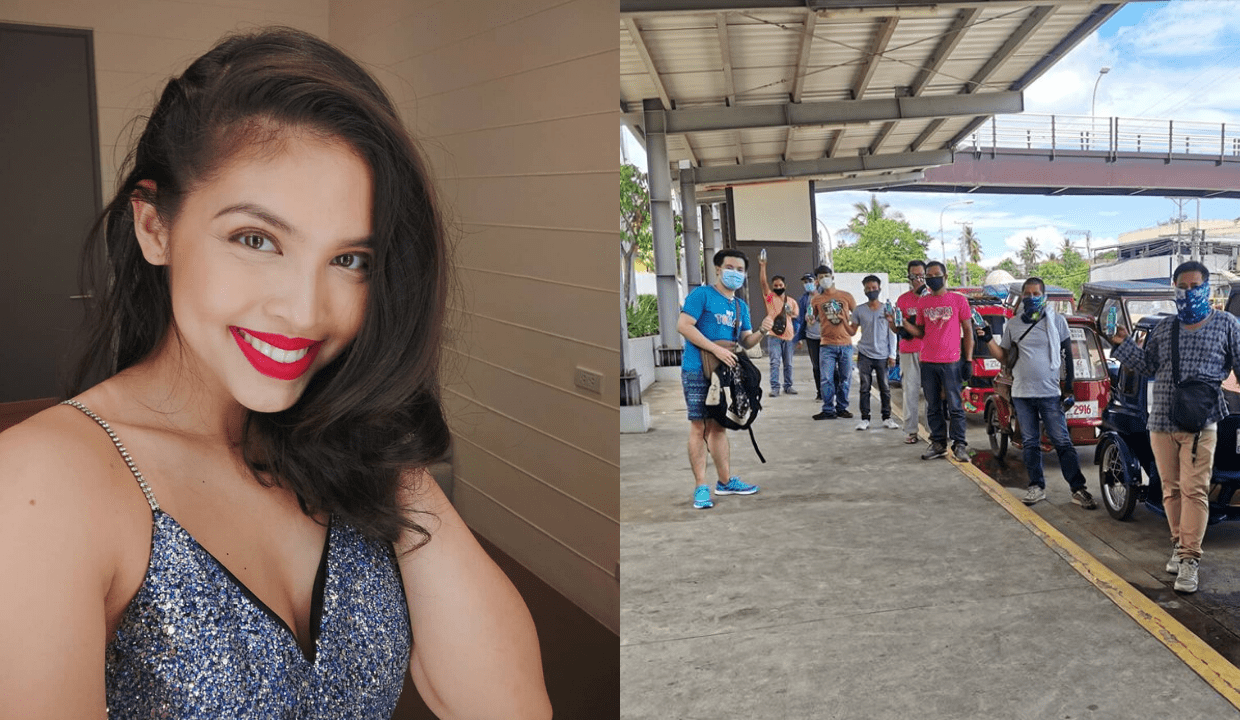 Kapuso actress Maine Mendoza has donated bottles of alcohol to tricycle drivers in Cauayan City, Isabela through the initiative of a good samaritan.

According to an RMN report, a certain Francis Sinaban made the initiative of giving free alcohol to tricycle drivers who can’t afford to buy them after noticing that they were providing what seemed to be homemade alcohol for their passengers.

The provision of alcohol to passengers of public transportation is one of the precautionary measures against the spread of COVID-19.

Sinaban has since started seeking donations on social media for the tricycle drivers who are going out of their way to make a living amid the pandemic.

His efforts were noticed by Maine who immediately messaged him offering to provide bottles of alcohol to the tricycle drivers.

In his recent social media posts, Sinaban shared photos of the distribution and expressed his thanks to friends and everyone who have extended their donations.

As of July 15, Sinaban said a total of 377 manong drivers have received handy spray bottles of alcohol already.