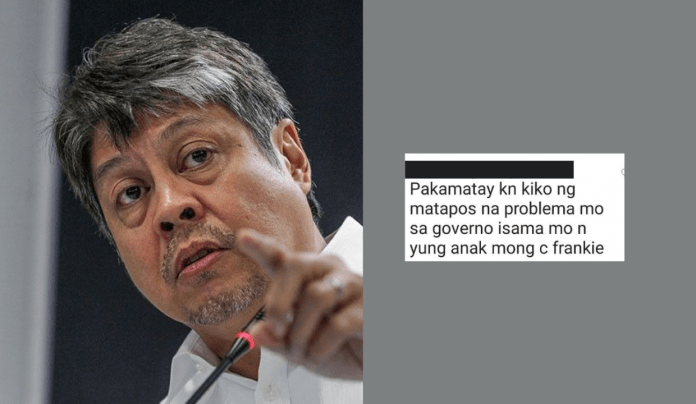 Senator Francis “Kiko” Pangilinan has urged netizens to combat and report hate speech online after he received a comment telling him and his daughter Frankie Pangilininan to “go kill themselves”.

In response, the senator asked his followers not to tolerate posts that encourage physical harm and violence.

He also pressed the photo-sharing app to take the necessary actions against hate speech.

Pangilinan did the same thing on Twitter as he came across a tweet that threatened rape and violence.

His daughter Frankie has recently been vocal against the rape culture and victim blaming. She lambasted broadcaster Ben Tulfo for his views on rape, which gave rise to the #HijaAko movement online.

Sharon Cuneta opens up on loneliness after husband Kiko Pangilinan...