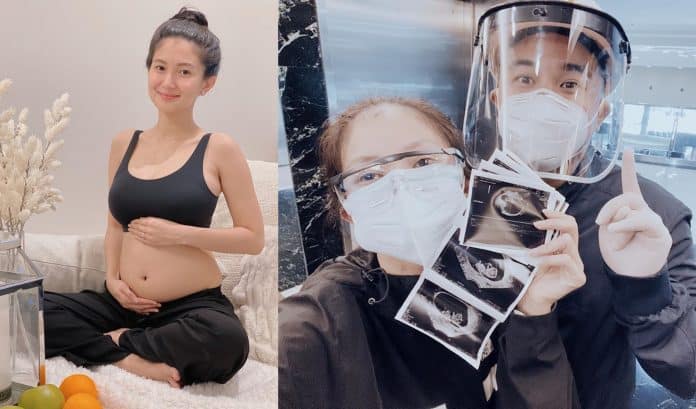 In an Instagram post Saturday, June 13, the soon-to-be-mommy revealed that she’s 13 weeks pregnant while showing off her bump and baby sonogram in a series of photos.

“And now we’re three! #13weeks,” Sheena wrote in the caption.

She also said that fellow Kapuso artist Solenn Heussaff has already extended some help by giving her loads of baby stuff — from pump, newborn baby clothes, to even a crib.

Meanwhile, Sheena’s friends from the industry sent in their warm wishes and congratulations via her comments section.

Julius and Christine were the couple’s ninong and ninang at their wedding.

Husband Jeron, who commented “Love you, Mommy!,” also shared on his Instagram a photo of him and Sheena in face shields carrying a photo of their baby’s sonogram.

Its caption appears to be a love letter to his child. He wrote, “In this first episode of ‘How You Met Your Parents’: Let me tell you about a story on why your parents looked like this when we first saw you.

“Well, it was the worst of times and the best of times.

“Worst of times, because, well, there’s #Covid19 and all the humans in the world are #quarantined. You can google it up, or you’ll eventually learn it in your History Class.

“So, yeah, pretty much everyone’s bummed out about it.

“Best of times, well, because God gave us YOU!

“As early as now, you already mean the world to me! #HowYouMetYourParents.”

Sheena and Jeron tied the knot in an intimate Christian ceremony last February 23.