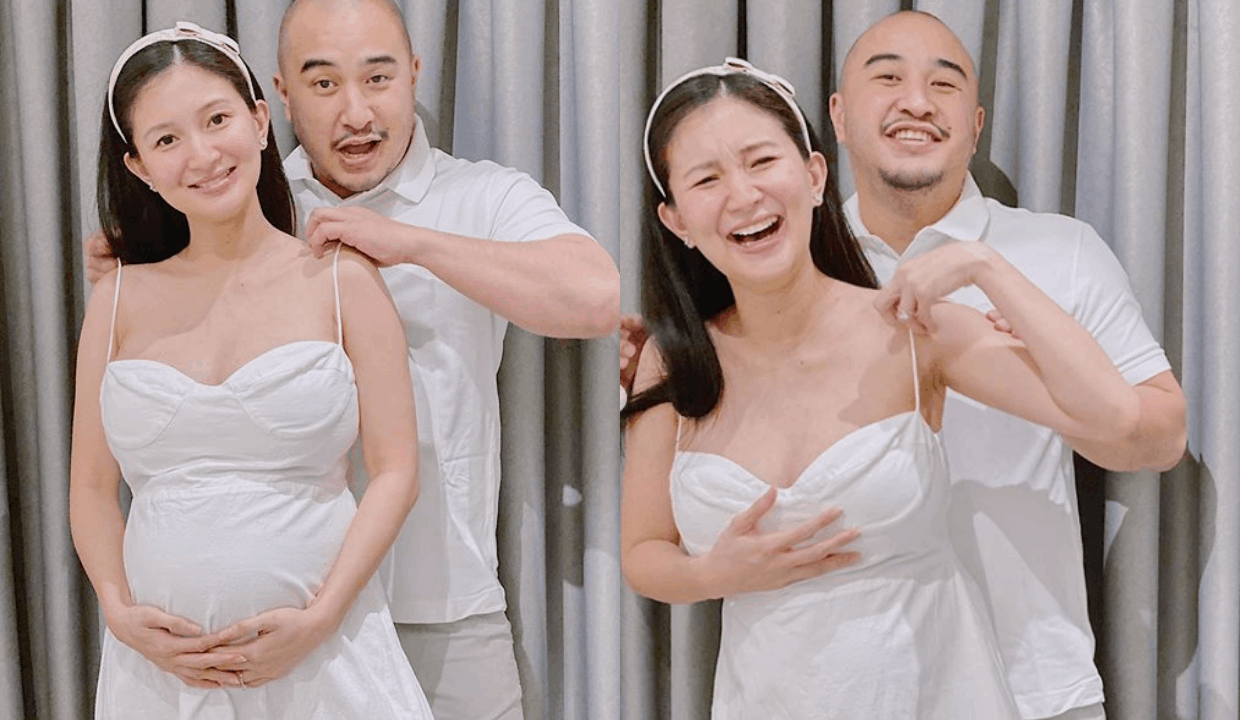 Sheena Halili was captured bursting into laughter in her latest maternity photos after husband Jeron Manzanero did this hilarious thing to her.

The preggy mom recently shared via Instagram a series of shots from their DIY family photoshoot at home.

Wide smiles were seen on Sheena’s face as her husband spontaneously made her laugh in front of the camera.

One photo showed Jeron being goofy and jokingly attempting to take off Sheena’s dress.

Other photos showed Sheena getting tickled by Jeron.

The couple earlier shared their first DIY photoshoot that was equally adorable as the second one.

Sheena is now 31 weeks pregnant and is expecting a baby girl.