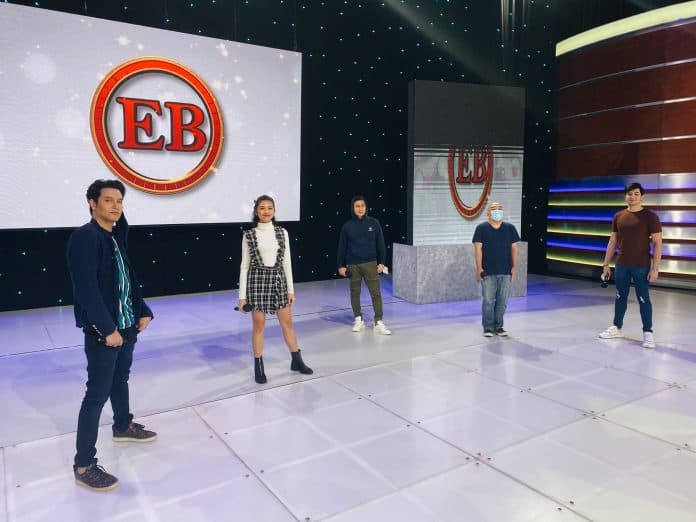 Under the “new normal,” only a limited number of hosts are seen in the studio, observing physical distancing and wearing masks, while the rest are “working from home”. A live audience is still not allowed into the studio.

Maine, one of the hosts inside the studio, tweeted: “Live na ulit kami araw-araw, dabarkads!”

Eat Bulaga became the first live entertainment program to undertake major action to prevent the spread of COVID-19 when it halted the admission of live studio audiences on March 9.

After GMA Network announced on March 14 that it was suspending production of teleseryes and live entertainment shows the following day in compliance with the enhanced community quarantine (ECQ), blocktimer Eat Bulaga immediately followed suit and also shut down its live production.

Beginning March 16, at the start of the ECQ, Eat Bulaga aired replays on its timeslot including hit old segments like the KalyeSerye.

But Monday, Eat Bulaga finally restarted its live telecast following the transition of Metro Manila and other parts of the country to general community quarantine (GCQ).