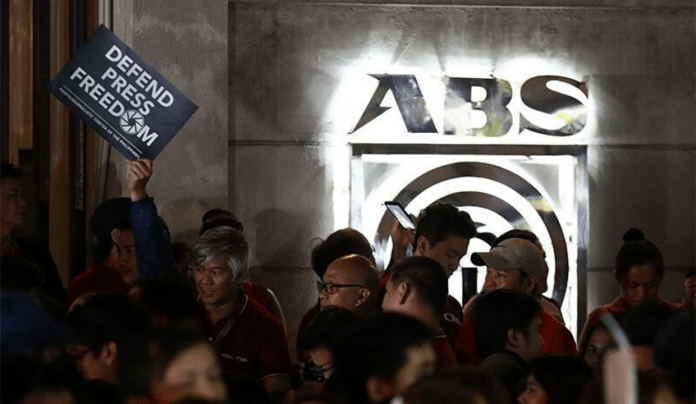 Weeks after ABS-CBN was last seen on television and heard on the radio, the broadcasting giant disclosed that they are already considering laying off some of its employees if their operations do not resume soon.

During the Senate panel hearing on the network’s franchise renewal on Tuesday, Carlo Katigbak, president and CEO of the company, said their top priority is to resume operations so that their employees can be compensated.

“We continue to lose substantial amount of money and I’m afraid if we cannot go back on air soon, by August we may already have to consider beginning a retrenchment process,” he said.

Citing a labor department’s data, Philstar.com said the company including its subsidiaries has 11,071 employees.

The media network signed off on May 5 after the National Telecommunications Commission issued a cease and desist order for its free-to-air TV and radio operations due to lapse of 25-year congressional franchise.

In a statement released by ABS-CBN, the Lopez-led company said it trusts the government to decide with the best interest of the Filipino people in mind.

On May 13, the House of Representatives approved on second reading a bill that seeks to grant the network provisional franchise until October 31 this year.