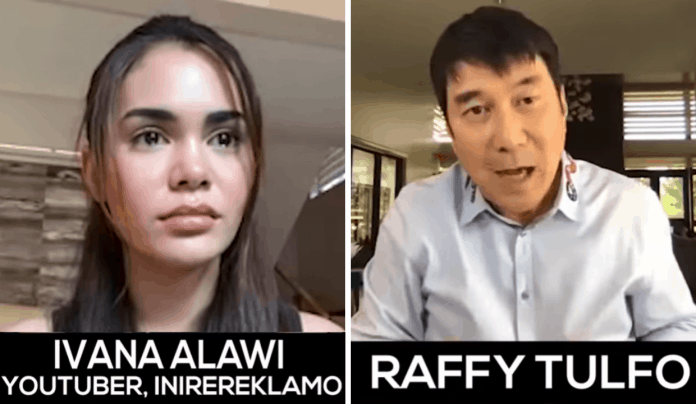 Ivana Alawi breaks down in tears in Raffy Tulfo prank

This was what actress-vlogger Ivana Alawi blurted out after crying and falling victim to broadcaster Raffy Tulfo’s prank.

Ivana was caught off guard when she became the subject of a complaint in what she thought was just a “guesting” in the program Raffy Tulfo in Action, which acts on complaints from ordinary citizens.

During the prank, the Kapamilya actress was told on the spot that she was being complained for food poisoning supposedly caused by the “expired goods” she recently distributed.

Ivana and her family have been distributing relief goods to Filipinos in need amid the COVID-19 crisis.

Despite being in shock, Ivana agreed to settle things out and shoulder the complainant’s hospital bills, even offering to give her cash to put up a sari-sari store.

Netizens were amused at how Ivana responded to the situation, saying that the prank only revealed the actress’ “true personality”.

Tulfo later on revealed that the whole act was just a prank made by the request of the show’s staff members who are fans of the sexy actress.

As of writing, the prank uploaded on Raffy In Tulfo In Action’s YouTube channel last Tuesday remains the top trending video on the video-sharing platform with over seven million views.

Watch the full prank below: