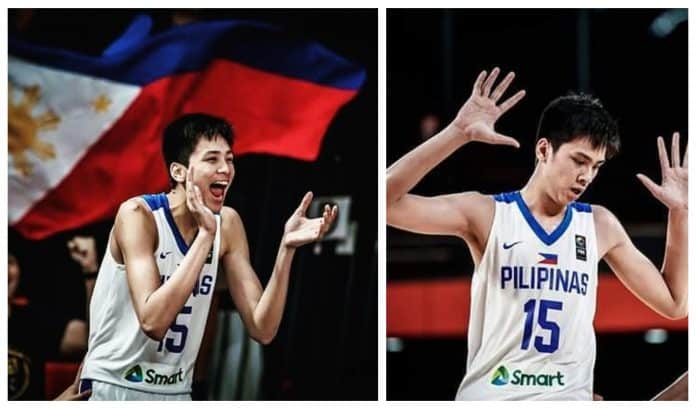 Philippine basketball prodigy Kai Sotto is one step closer to his dream of becoming the first homegrown Filipino player in the NBA as he confirmed he’s all set to begin a professional career with the NBA G League Select Team.

In an Instagram post on Thursday, the 7’2 center who just turned 18 wrote: “In the past two days, there has been a lot of speculation about my next step towards my dream of playing in the NBA. Many people called, texted and congratulated me and my Titas at East West Private. I am so glad and grateful because it means a lot of you are following me on this journey. I understand that I have a lot of responsibility for all my fellow countrymen who are dreaming of seeing a Filipino in the NBA.

“In the last year I have been here in America, I have learned so much. I worked on improving my basketball skills, building up my body and gaining the confidence to play against the best basketball players around the world. The opportunity I was given was wonderful. I am very grateful to all those who support me and personally thanked them already.

“Now, I have to take the next big step towards my NBA dream. We have many options available but after much thought, I believe this option is the best route for me to get closer and faster to that dream. Here, I will be playing with some of the very best and I will have even more resources and support. I am committed to work on developing my game on a much bigger stage. My wish is that you continue to support me and my new teammates @jalen@zaytodd and DaishenNix and pray for us and hope for all of our success and health as a team. I’m very proud and excited to start my professional career with the NBA G League Select Team. I hope to continue counting on your support. ??”

With the confirmation, Sotto is officially the first-ever international player in the “pathway program” which reportedly includes professional coaching and exhibition games with elite teams.

The NBA G League is the NBA’s official minor league, which “prepares players, coaches, officials, trainers, and front-office staff for the NBA while acting as the league’s research and development laboratory.”

The League has 28 teams with affiliations with NBA franchises in the 2019 to 2020 season.