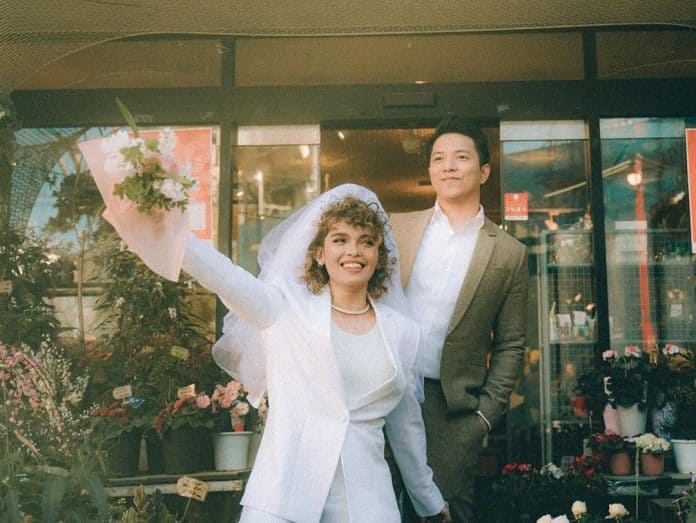 ‘Did you do a Matteo and Sarah?’: KZ Tandingan and TJ Monterde surprise friends, fans

Did singers KZ Tandingan and TJ Monterde just pull off a surprise wedding? That’s what the engaged couple’s friends and fans immediately thought after KZ shared Instagram photos of her wearing an all-white jumpsuit complete with bridal veil and bouquet, and TJ looking dapper in a suit.

Adding to the confusion were the cryptic captions that came with the posts. She simply wrote “28” in the first post, and bride and groom emojis in the second one.

Celebrity friends like Martin Nievera, who has been credited as the couple’s matchmaker and reported to be one of the wedding godparents, naturally expressed surprise and shock.

“Did you do a Matteo and Sarah?” Martin commented again, referring to the headline-grabbing secret wedding of Sarah Geronimo and Matteo Guidicelli last week.

Messages of congratulations and best wishes also poured into the comment section of both posts.

Nevertheless, TJ later posted Instagram photos with the caption “sa aking soon-to-be, happy 28” and further clarified in an Instagram story they still did not tie the knot.

He added in Cebuano that they are still saving up for their wedding.

The singers got engaged last December 2019 after five years of being boyfriend and girlfriend.