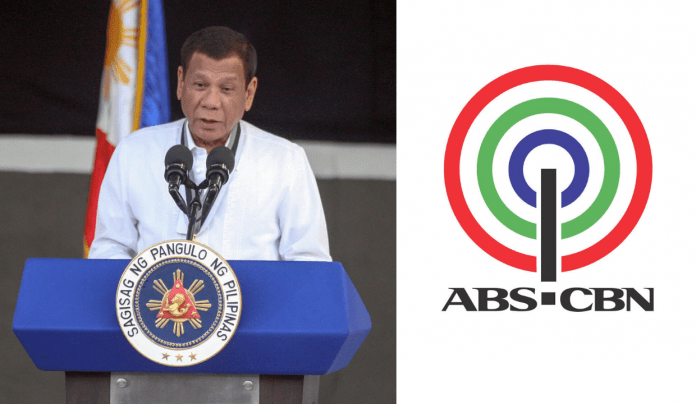 Embattled media giant ABS-CBN thanked President Duterte for accepting their apology over the non-airing of his political ads during the national elections in 2016.

The Kapamilya network on Thursday released a statement following the president’s acceptance of apology.

“We are grateful and humbled by President Rodrigo Duterte’s acceptance of our apology,” the media company said.

“We will coordinate with the President’s office as it relates to his guidance on donating the refund to a charitable institution,” it added.

ABS-CBN President and CEO Carlo Katigbak earlier issued an apology to the president during a Senate hearing last Monday, if they had offended him and said “it was not the intention of the network.”

The apology came after ABS-CBN was asked to explain why the media giant did not air his political ads and instead ran a “black propaganda” commercial funded by known Duterte critic, former senator Antonio Trillanes IV.

The president also declined the company’s refund offer of P2.6M but advised the network to donate it to the charity instead.

The statement further said: “ABS-CBN remains committed to becoming a better organization and to continue to provide more meaningful service to Filipinos”.

President Duterte also said he will not interfere with the network’s bid for the renewal of its franchise and will leave it to the Congress.

Kim Atienza says to wish Pres. Duterte ill is ‘not...