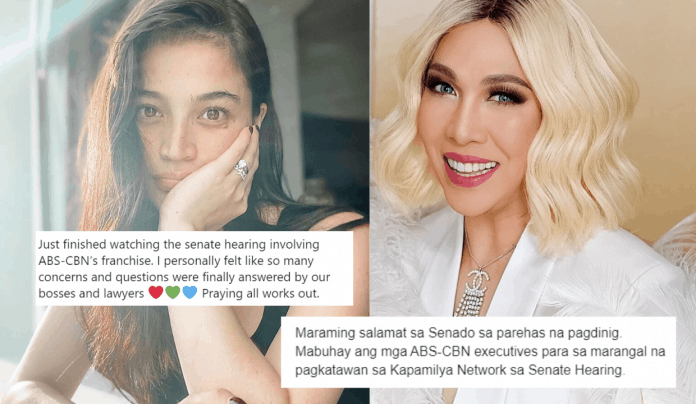 Kapamilya stars took to social media to show their support for their home network as the Senate held a hearing to tackle issues surrounding ABS-CBN’s franchise on Monday.

Aside from the legislative franchise of the network, the Senate Committee on Public Services also looked into the alleged violations of the company.

During the hearing, the media company denied the allegations, with government officials clearing them of any tax deficiencies.

Katigbak also apologized to President Duterte if they have offended him after airing a political ad of the opposition in 2016. He then acknowledged their shortcomings and vowed to correct them.

Here’s how Kapamilya celebs reacted to the ABS-CBN franchise hearing: