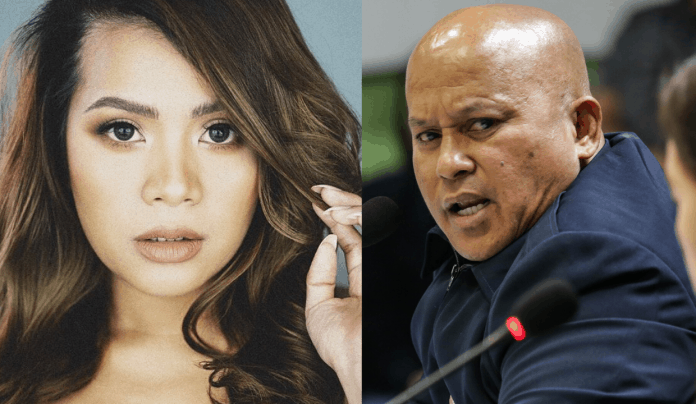 Reacting to Dela Rosa’s stand on the media giant’s franchise renewal, DJ Chacha mocked Dela Rosa’s loyalty to President Duterte, and urged him to just resign from the senate and apply as the president’s personal bodyguard instead.

The radio personality was referring Dela Rosa’s comment on Tuesday about the 11,000 employees who could lose their jobs with the possible shutdown of the network.

In another tweet, DJ Chacha said she believes Dela Rosa loves the president more than his wife.

She also took a swipe at the senator’s U.S. visa cancellation.

Dela Rosa, on his part, fired back and said, “I was voted upon by 19 million Filipinos at yung tumatawag sa aking resignation ang binoto niya yung mga natalo.”

In an ABS-CBN tweet, the senator also admitted that he felt insulted with DJ Cha-Cha’s remark.