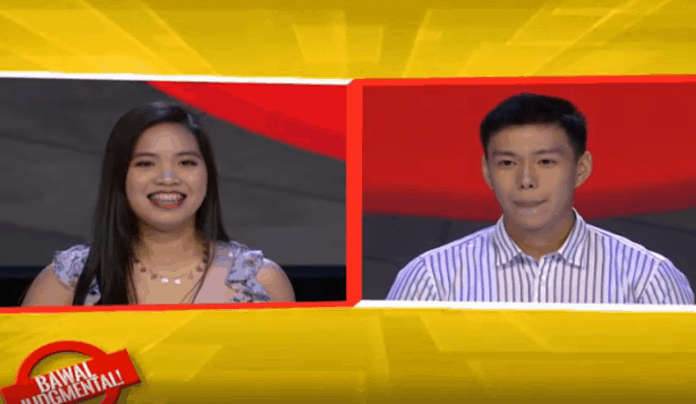 In the second round of the segment, Rita was asked to “judge” who among the contestants is in a relationship with a flight attendant.

Eat Bulaga hosts Maine Mendoza, Allan K, Wally Bayola and Jose Manalo then played matchmaker to contestants Jeremy and Steffi after they learned that both are “single” at 24.

When Jeremy seemingly met what Steffi was looking for in the “right person,” the hosts and the audience all felt kilig at that moment.

They were even introduced to each other with a handshake.

And this is how “kilig to the bones” by Maine looked like:

It seems that love is in the air for Jeremy and Steffi. By the looks of it, the two are getting to know each other as seen in the photos shared in Eat Bulaga’s Facebook page.

Meanwhile, netizens are excited for what’s in store for the “unexpected love team”.