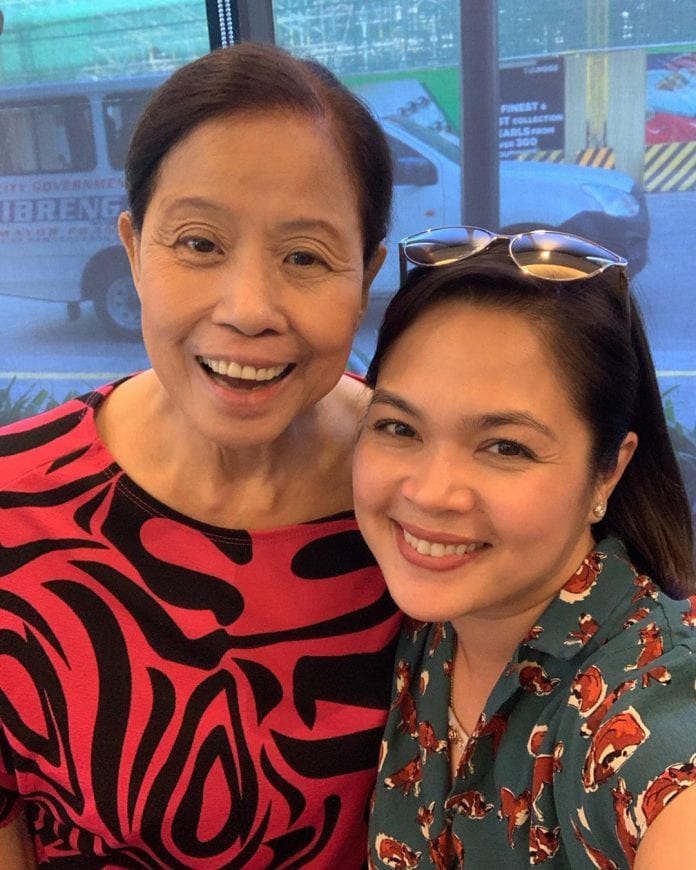 The 41-year-old Kapamilya star felt honored to work on a project that brings her closer to one of the pillars of Philippine cinema, who heads the oldest surviving movie studio in the country.

“This is it! It’s finally happening! My Mother Lily. Her brilliance, passion and love for the showbiz industry is undeniable. She is the reason why I am here. It’s an honor to be able to know you more with this project,” the actress wrote in an Instagram post.

According to Mother Lily’s daughter Roselle Monteverde, they were all in agreement that no other actress could play their mom but Judy Ann.

“#Mother filming soon with director Erik Matti and the unanimous choice to portray Mother is Judy Ann Santos-Agoncillo,” she said.

“The camera will start rolling soon on this very special movie project that is very close to my heart,” said Dondon Monteverde, son of Mother Lily and co-owner of the production house Reality Entertainment with filmmaker Erik Matti.

For his part, Matti had long wanted to bring the 81-year-old businesswoman/producer’s life story to the big screen and he explained why in a lengthy post on his social media accounts.

The director wrote, “I’ve long since wanted to do a movie about movies. I’ve developed several ideas but nothing that really feels like it would resonate to a wider audience enough for them to care about something as niche a subject as cinema and moviemaking.

“I’ve been courting the Monteverdes @dondonmonteverde and @roselle_monteverde to tell the story of Mother Lily for years now and bring it to the big screen. Mother Lily/Regal Entertainment has a very interesting, epic and crazy life story worth every cent to show on the big screen.”

Aside from the emotional journey in Mother Lily’s personal life, Matti noted that her story can provide audiences “a history and timeline on the rise and fall, growth and decline of our Philippine cinema and why we are where we are now. That’s what makes this a perfect subject for a movie that wants to explore the insights on a specific culture of art and entertainment in a third world country.”

“Welcome @officialjuday! Can’t wait to shoot this wild ride! This is it! #MotherLilymovie,” Matti ended.