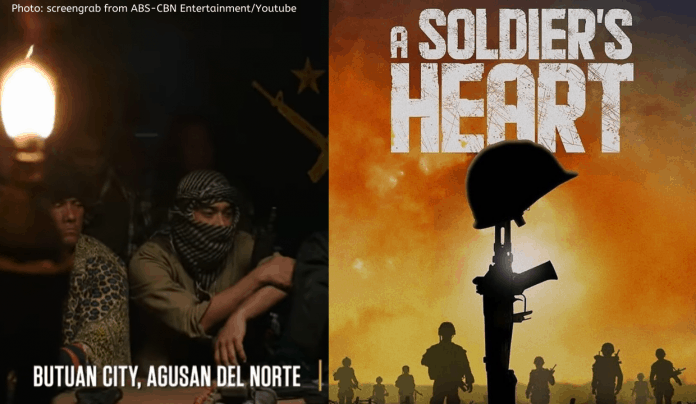 ABS-CBN has apologized after its teleserye A Soldier’s Heart was slammed for “offensive, unreal depiction of Butuan.”

“As a Butuanon who was born and raised in a city that was and has never been known to be a hub of extremism and terrorism, I am dismayed by the portrayal of Butuan as a hotbed of chaos. The depiction is not only unrealistic, it is offensive because it is destroying the collective efforts of the people of Butuan to promote the Home of the Balangays as a tourist destination for history and culture and a hub of opportunities,” he said in a media statement.

He demanded an apology and a disclaimer from the network about the matter.

“I urge ABS-CBN to immediately air an appropriate disclaimer, review and reconsider the content and story elements of the teleserye in order not to further besmirch the reputation of our historic city. Better still, as partial recompense for the damage this imprudence may have caused Butuan and its people, we implore upon them to do depict the real Butuan and feature stories about it in their news and public affairs programs,” he said.

Fortun is a co-author of House Resolution 639 backing the renewal of the ABS-CBN franchise, which is due to expire on March 30.

The network has responded to the solon in a statement sent today by Kane Errol Choa, head of ABS-CBN corporate communications. “ABS-CBN would like to apologize to Agusan Del Norte Rep. Lawrence Fortun and the people of Butuan City if the scenes in the TV series A Soldier’s Heart have offended them,” said the statement.

“While the incident portrayed in the series was fictitious, there was mention of the city name. We would like to assure them that there was no deliberate intention to portray Butuan City negatively in the show. We acknowledge that Butuan is one of the beautiful and peaceful cities in the country.”