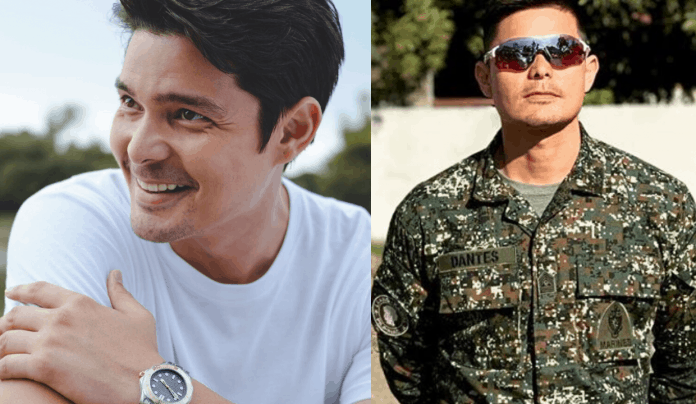 After Dingdong shared photos of their relief drive on Instagram, some netizens accused him of using it as publicity for his upcoming military-themed GMA teleserye Descendants of the Sun.

Yes Pinoy made clear that the Kapuso actor was wearing a military uniform not for promotional purposes but because he is a reservist of the Philippine Marines with the rank of Master Sergeant.

“We would like to shed some light on social media posts questioning our founding chairman’s enlistment as reservist of the Philippine Marines as this affects the integrity of our recent relief operations,” the foundation said in its statement posted on Instagram.

The statement went on to explain that Dingdong enlisted in the Marine Reserve Force back in 2006 and is a graduate of the Marine Ready Reserve Orientation Training Class 2007.

“Chairman Dantes holds the rank of Master Sergeant and is a member of the Marine Affiliated Reserve Combat Service Support Battalion (MARCSSBN) with Lt. Col. Sonny K. Wang (PN)M (RES) as his commander.

“The Foundation, on the other hand, belongs to the Frontliners Brotherhood Inc. (FBI) or the MARCSSSBN, its military unit. We have also been doing disaster preparedness trainings and relief operations since chairman Dantes created the foundation in 2009.”

The non-profit further said that it was sharing such information in hopes of addressing the issue.

Yes Pinoy also invited everyone “to focus their time and energy on efforts that will help our fellow Filipinos especially those who have been affected by the Tall Volcano eruption, and to continue in supporting individuals and organizations who are working together in this time of need.

“Finally, may we always be responsible in using the online platform to speak the truth, inspire the public, and unite each and everyone for the good of the country.”

Dingdong created the Yes Pinoy Foundation back in 2009 “to help bridge the resource gaps in education and reach out to out-of-school youth.”