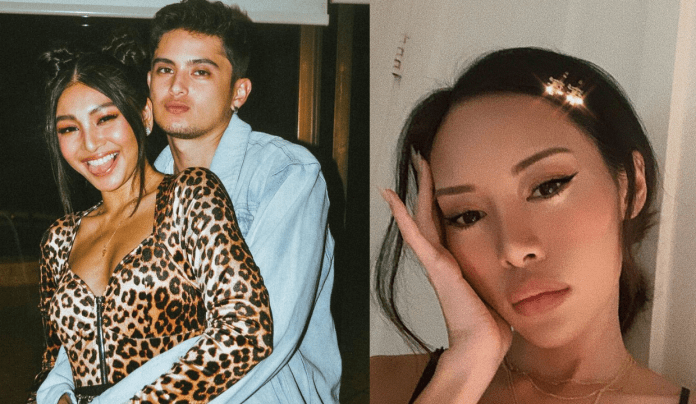 It appears that James Reid’s ex-girlfriend Ericka Villongco has something to say about JaDine’s breakup.

JaDine fans speculated that Erika’s cryptic Instagram story on Tuesday was pertaining to James Reid and Nadine Lustre’s split-up, following their confirmation in a joint statement aired on ABS-CBN’s Tonight With Boy Abunda on Monday night.

The US-based singer/vlogger shared a Kylie Jenner meme that contained words such as “LOL”, “God spared me” and “Karma’s a b*tch”.

JaDines were quick to express disappointment with Ericka for “trying to get into the picture”.

Ericka, however, deleted the Instagram story a few minutes after it was uploaded.

She even issued an apology for her action.

“Deleted my post (because) i realized it was a bad joke, im sorry for letting the impulsive aries get the best of me ☁ this really isn’t any of my business (and it is never ok to be mean to (people) ?,” wrote Ericka.

James had a three-year relationship with Ericka (formerly of the pop-acoustic duo Krissy & Ericka) but they called it quits in March 2014, with the latter clearing Nadine’s name as the third party in their breakup in an interview with Star’s Ricky Lo.

However, last February 2019, Ericka and Nadine stirred online buzz after the former accused Nadine of being a copycat.

Nadine and James first starred together in the box-office hit Diary ng Panget which was released in April 2014.

JaDine went from reel to real couple in 2016, which was officially announced during the JaDine In Love concert at the Araneta Coliseum.

Weeks after their breakup was first reported by Pep.ph on January 1, the ex-couple confirmed that they’ve gone on their separate ways “to focus on themselves for “personal growth”.