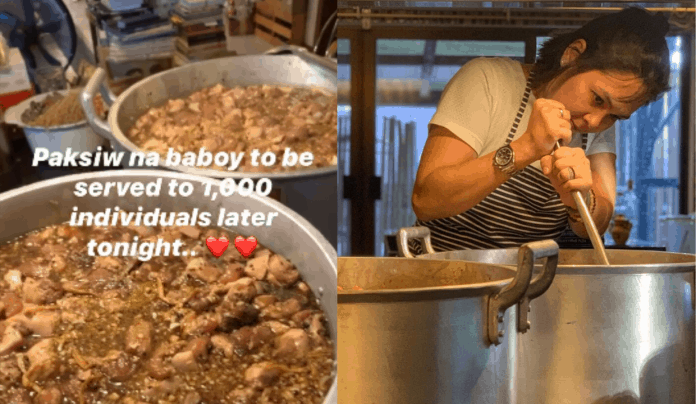 Judy Ann Santos along with her family personally cooked hot meals and packed relief goods for the victims of the Taal Volcano eruption.

Since the sudden eruption of the country’s second most-active volcano on Sunday, the Metro Manila Film Festival (MMFF) 2019 Best Actress has been consistent in expressing her concern for the Taal victims.

On Thursday, the Mindanao star shared a photo of the donations packed in reusable boxes to be given to the 35 families affected by the natural disaster.

Judy Ann also shared via Instagram stories a series of videos of showing her, other family members and friends cooking and preparing food to be sent out to the evacuees.

Baked eggs for breakfast and paksiw na baboy meals for dinner were distributed to thousands of individuals on Thursday night.

Her children became her little helpers in making the arroz caldo, while her mom and other friends helped in the repacking of goods.