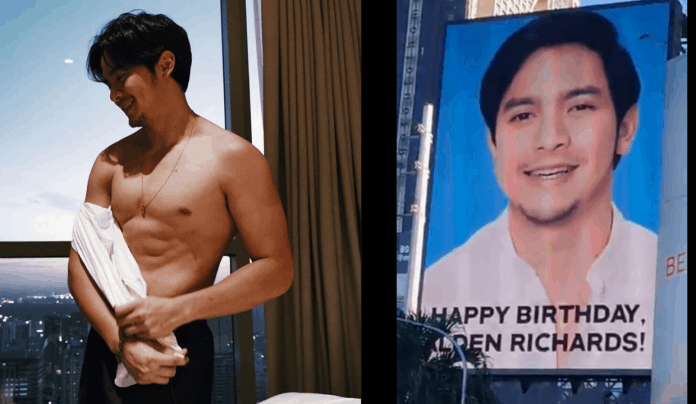 Aldenatics showered their favorite person with love as he turned 28 years old today.

As the Asia’s Multimedia Star celebrated his birthday, fans set up video greetings in not one but four leading LED billboard screens in the country — a first for a local artist.

The birthday greetings were seen at Forum Robinsons, EDSA Guadalupe, Fuente Osmeña in Cebu, and the Mall of Asia Globamaze.

“Thank you very much grabe kayo!” he said in a retweet.

The grand surprise for Alden was made possible through the efforts of his fans club League of Alden Angels and Warriors (LAW), Solid A Originals, and NSSA.