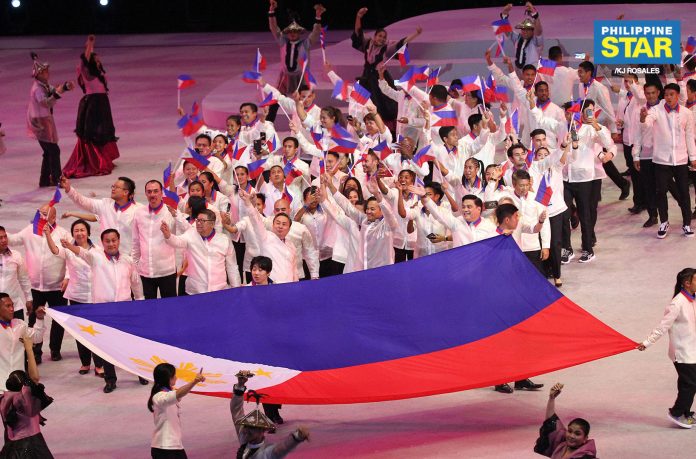 The press reviews are in!

The foreign media covering the 30th Southeast Asian (SEA) Games had already filed their reports about the Opening Ceremony on Saturday at the Philippine Arena, and here’s what they’re saying.

Singapore’s The Straits Times noted in its article title the festive mood and full house as “Duterte declares the 30th edition open”.

It said that the two-hour spectacle erased a week’s worth of negative publicity in the lead-up to the official kick-off.

“It took just two hours to wipe away a week’s worth of bad headlines as the Philippines rolled out the welcome mat for Southeast Asia’s finest athletes on Saturday night (Nov 30).

“The 30th SEA Games was declared open by Philippine President Rodrigo Duterte at the 55,000-seat Philippine Arena 30km north of Manila in a colourful opening ceremony that showcased traditional and contemporary Filipino culture.

“The build-up to the Games had been chaotic, with organisers coming under fire for a range of issues that included transportation delays, accommodation snafus and insufficient food for athletes,” the Straits Time story said.

It also said that the display of “lights, music and dance” sent the “capacity crowd” into a celebratory mood, “with those present smiling and dancing and waving the Philippine flag enthusiastically.”

It wasn’t lost on The Straits Times that the parade of athletes was done “in the style of a religious pageant,” or better known hereabouts as the Santacruzan, the “religious-historical” pageant held on the last day of the Flores De Mayo, “complete with beauty queens as muses of the participating countries.”

The article also pointed out the smooth flow of the ceremony. “While complaints about transport, accommodation and food have been reported in the lead-up to the multi-sport event, the song and dance extravaganza went off without a hitch.”

It said that the event was a departure from tradition because it was held in an indoor arena rather than a stadium. “Also, for the first time in the biennial Games’ 60-year history, the games cauldron was placed at a different location, at the New Clark City Athletics Stadium, some 90km from Bulacan, and the lighting of the cauldron was shown on screen at the 55,000 capacity arena.”

For New Straits Times, the “extravaganza started after Filipino singer Lani Misalucha sang the republic’s national anthem,” calling the “The Roots of our Strength” program that followed as an “extraordinary performance” showcasing the “culture and heritage of the nation.”

“The spectators were treated to a series of warrior dances from the Bagobo, the Kalinga, the Maguindanao, Islamic and the pre-Hispanic Visayans,” the article said.

It also gave mention to the loud cheers that welcomed the contingents as they paraded into the arena in alphabetical order.

Malaysia’s The Star Online, on the other hand, titled its coverage “Pretty women but no fireworks,” referring to the beauty queens led by Miss Universe 2015 Pia Wurtzbach who served as muses of the 11 participating nations, and to the “cauldron that was also not lit last night.”

“Instead, a pre-recorded footage of fireworks was shown at the Philippine Arena in Bulacan province, north of Manila,” The Star Online reported.

It also said, “The Philippines lined up its most beautiful and most famous in a one-of-a kind SEA Games opening ceremony that was more extraordinary in that it happened in two different places, 150km from each other.”

The Malaysian news media also observed the generally positive vibe of the day. “At least for a day, the people in the Philippines did not speak about the inadequate preparations but celebrated the opening ceremony of the 30th SEA Games.”

The Star Online also wrote that while hopes are high on the Malaysian contingent, the Philippines is looking to dominate the games. “The theme of the Games may be We Win As One but the host nation are looking to be ‘The One’, by being the overall champions.”

Meanwhile, Vietnam’s English language daily Viet Nam News reported on how the Philippine team’s entrance to the venue brought the crowd to their feet.

“The large Filipino crowd filling up the 55,000-seater venue cheered and sang along to ‘Manila’ as the Philippine delegation made its way to the stage.”

Viet Nam News also said that the lighting of the cauldron by world boxing champions Manny Pacquiao and Nesthy Petecio, as well as the lavish firework ceremony that came after, were “prerecorded” but “still drew loud cheers from the crowd.”

The opening ceremony officially kicked off the 30th edition biennial multi-sport event participated in by over 5,000 athletes from 11 countries across the ASEAN region.

WATCH: Manny and Jinkee Pacquiao show off musical talents in...