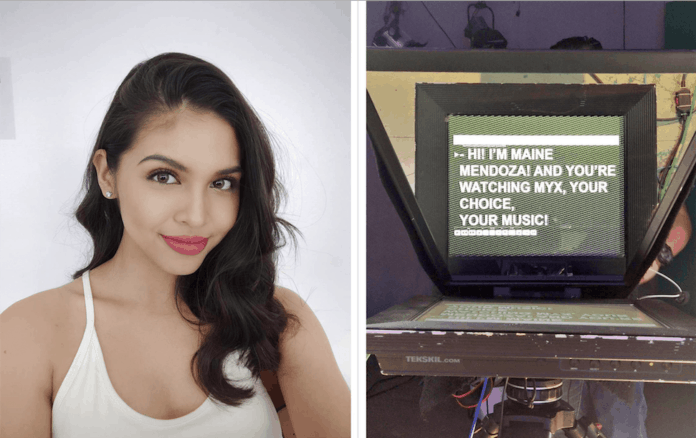 “Hi. You’re watching Myx. The number one music channel in the Philippines.”

Maine Mendoza from nine years ago posted that on her Twitter account. Yesterday, her dream of stepping foot inside the Myx studio finally came true.

The actress and television host was a guest at Myx to promote her upcoming movie with Carlos Aquino under Black Sheep titled Isa Pa With Feelings.