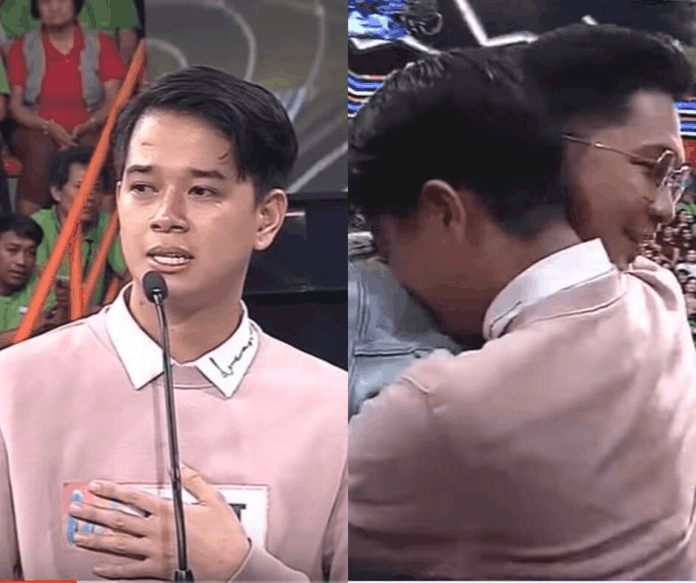 A “Wowowin” contestant came out a bisexual on national TV via “Willie of Fortune,” a segment of GMA’s afternoon variety game show.

The contestant Ambet, who works as a barista at a coffee shop, shocked his sister, host Willie Revillame and the audience with his confession.

After exchanging inspirational messages with his sister Janet, an emotional Ambet gradually took his chance to open up to the world of his “true” gender identity.

According to Ambet, he has long been keeping it a secret that not even his mother nor father knew about it. He just kept it to himself because he didn’t know how they would respond once he would tell them.

The contestant further shared that he is careful with his actions at home because he’s afraid of being judged and not being accepted for who he truly is. And his situation is giving him a hard time.

Willie then asked Ambet on what prompted him to come out in the TV show.

His sister Janet became speechless at the revelation, but she embraced her brother and offered support just the same.

Ambet, on the other hand, thanked his sister’s acceptance and hoped his other siblings would do the same.

Meanwhile, the contestant also dropped another surprise: he’s currently in a relationship with a man.

The audience even got more surprised when Ambet said his boyfriend was actually in the audience.

The couple shared an emotional hug during the show.

Kuya Wil disappointed in Miss Manila after no-show in Wowowin