Maureen Wroblewitz on past relationship: I lost a big part of myself, sacrificed my values 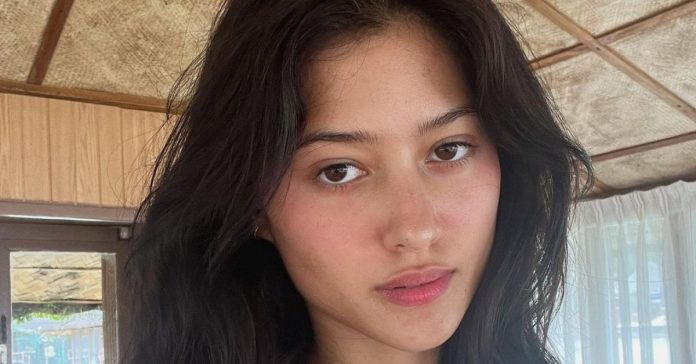 Maureen Wroblewitz revealed that she’s still crying over a past trauma she experienced in a previous relationship, but assured followers that she’s “healing everyday and working on myself.”

The model first spoke up about the matters of the heart in a TikTok video where she lip-synced to Miley Cyrus’ latest single about self-love, Flowers.

The chorus of the song goes, “Started to cry but then remembered I, I can buy myself flowers, write my name in the sand, talk to myself for hours”.

Maureen uploaded the video with the text: “When you finally learn how to prioritize yourself.”

In the caption, Maureen said she never opened up about her past relationship but “this song really speaks to me”.

“That’s the thing about being in a public relationship, no one really knows what happens behind closed doors,” she wrote.

Maureen then related how she “lost myself over the past few years and I’m finally realizing who I really am.”

“I am working on myself and healing from past trauma because I don’t want to make the same mistakes.

Maureen said she might talk about it someday, believing it could help a lot of people.

In a follow-up TiKTok video, she further said that the past eight months haven’t been easy, but that she wasn’t going to spill any “tea” despite being prodded by fans.

Nevertheless, she shared that in her past relationship, “I lost a big part of myself and I’m only now starting to realize who I am and what I want.”

“In the past, I have sacrificed my beliefs and values. I did things I didn’t like, I enabled behaviors that I didn’t like. I became someone who I dislike and that was become I was so focused on pleasing my partner that I forgot about myself.”

She continued, “I wasn’t assertive enough. I didn’t take accountability for what I want. And I’m just learning that I was doing it for years.”

After what she went through, Maureen admitted, “Until today, I still cry over past trauma but I am healing every day and I’m working on myself.”

“I always want to have a positive outlook in life. And even though it wasn’t the healthiest relationship, again I’m not just blaming one preson with every bad thing that happens in our life, I know that there’s a lesson to be learned.”

The Asia’s Next Top Model Season 5 winner did not drop names, but fans were quick to speculate that she was alluding to singer and ex-boyfriend Juan Karlos Labajo.

Maureen also said in her latest video: “We were both very young when we got into the relationship and I don’t regret those years. From that experience, I have learned so many things. I have found out a lot of things about myself and things that I want for my next relationship.”

“It’s sad that it didn’t work out but it was for the best.”

The two ended their more than four years of romance in June last year but they said then that they broke up on good terms.

Maureen, meanwhile, admitted in December that she is now in a new relationship.

‘I already have someone’: Maureen Wroblewitz confirms new romance after JK Labajo breakup