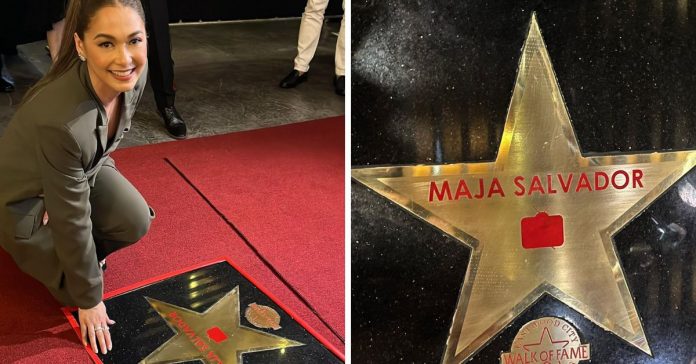 Maja Salvador has officially joined the roster of personalities who have received a Walk of Fame star in Eastwood CityWalk.

The actress took to social media to share how grateful she is of this feat, especially on her 20th year in showbiz.

It was in 2005 when the Eastwood City Walk of Fame, patterned after Hollywood’s Walk of Fame, was established by television icon German Moreno.