Are Iya Villania and Drew Arellano expecting Baby No. 5? 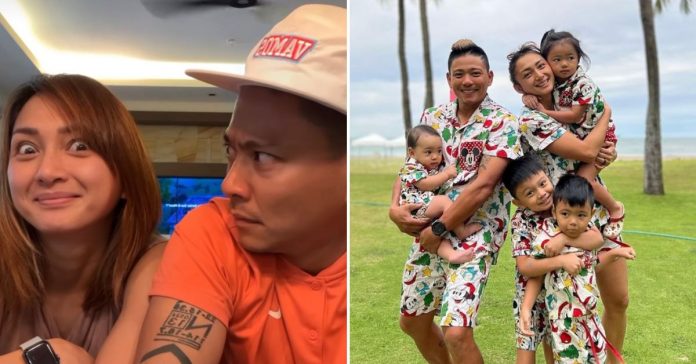 Fans are speculating if Iya Villania and Drew Arellano are going to welcome another bundle of joy soon.

Iya dubbed the audio in the first version where Drew acted unsure and shocked while the second version showed Drew dubbing while Iya got all excited.

Netizens, meanwhile, can’t help speculate if the two are hinting on having a new baby.

Iya, however, made some clarifications following the baby speculations.

“Relax guys! There’s nothing in the oven ah! (lauging emoji) But seriously these kids are addicting!!! (laughing emoji),” she wrote in the comments section.

Iya and Drew are mom and dad to kids Primo, Leon, Alana, and Astro.

After giving birth to Baby Astro in June last year, Iya said he’ll be “the last newborn I’ll have”.