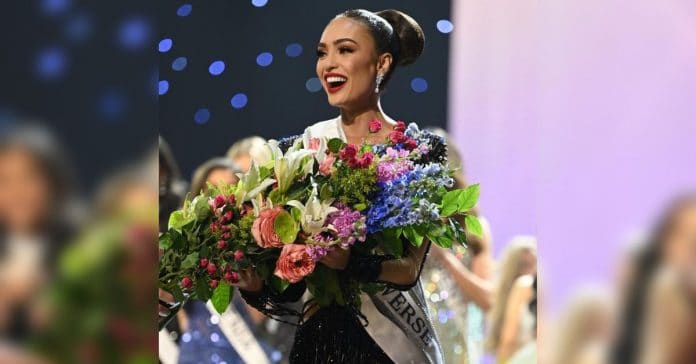 The CEO of the Miss Universe Organization, Amy Emmerich, has strongly denied speculations that the result of this year’s pageant was rigged.

After some pageant fans accused Miss Universe owner Anne Jakrajutatip of “manipulatiing” the results for Miss USA R’Bonney Gabriel to win the crown instead of Miss Venezuela Amanda Dudamel, Emmerich said an independent party was in charge of the outcome.

“One of the top four accounting firms in the United States handled the results and verified the process,” Emmerich said to Hollywood tabloid news site, TMZ.

Some pageant fans turned skeptical over the results after discovering that Jakrajutatip’s company, JKN Global Group, owns both the Miss USA organization and Miss Universe Organization.

She added: “The allegations [regarding] rigging of Miss Universe are false. People saying that it’s ‘suspect’ that JKN Global Group owns both Miss Universe and Miss USA aren’t familiar with the history of the organizations.”

The Filipino-American Gabriel took home the Miss Universe title and crown, besting 83 other candidates from all over the world at the Ernest N. Morial Convention Center in New Orleans on Sunday.

In an interview, the 28-year-old eco-designer shrugged off the speculations, saying that “winning Miss Universe after going through all that is the sweetest, sweetest victory,” she said in an E! News interview.

She had also previously told the same outlet that she had too much integrity to be part of a rigged event.

“I would never enter any pageant or any competition that I know I would win,” she said.