Alex Gonzaga: I learned a hard and important lesson 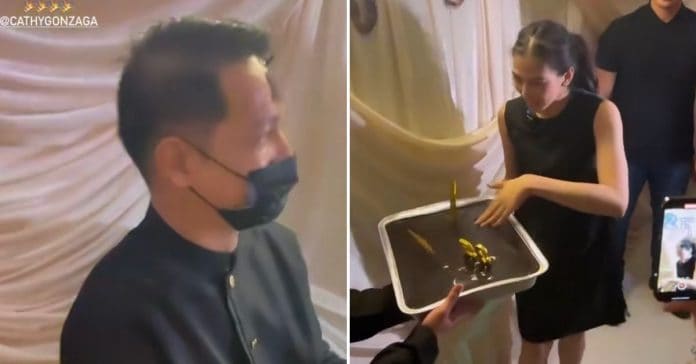 Alex Gonzaga has made a public apology over the cake-smearing issue, saying that it has taught her a “hard and important lesson” about “humility, kindness and better judgment.”

The TV host-actress and vlogger publicly commented on the issue via the Facebook post of her husband, Mikee Morada, who said that his wife had made a mistake.

He assured his wife that amid the backlash, she will always have his love and support.

Alex in response said, “I learned a hard and important lesson. I am truly sorry for the pain and embarassment that this caused our family.

“Always I am most thankful for you. You help me become a better person each day.”

Alex separately released a public apology addressed to the waiter and her family on her official Facebook page.

“On my birthday, God taught me a hard and important lesson. Humility, kindness and better judgment,” read Alex’s statement.

“I am truly sorry, Kuya Allan.

“To my family, I am sorry for causing you pain and embarrassment. I will rise from this a wiser and better person.”

Earlier, the waiter in the viral video from Alex Gonzaga’s birthday party said the actress-vlogger has already apologized for smearing cake icing on his face.

In the letter, Allan related that Alex personally went to his workplace to apologize for her actions in the video that recently drew flak online.

Earlier, a member from the actress’ camp addressed the matter after netizens slammed the actress-vlogger online for her “rude”, “disrespectful”, and “insensitive” act towards the waiter.

Peter Ledesma, columnist and longtime publicist friend of the Gonzaga family, relayed to News5 that the waiter in the video, named Allan, is a friend of theirs from a catering service they usually tap for their family occasions.

Ledesma also stressed that Alex the waiter is used to Alex’s antics and would not do such an act to someone she doesn’t know.

The statement also dismissed speculations that Alex was drunk in the said video.