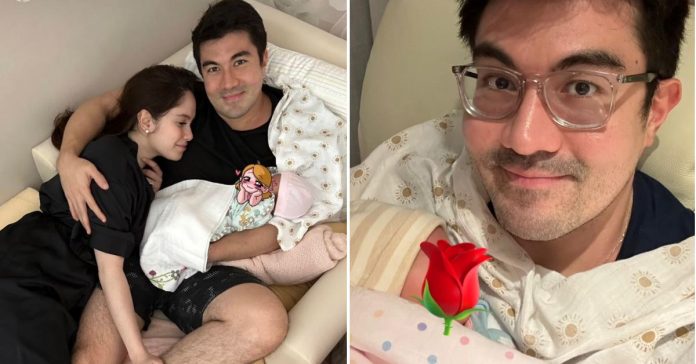 Luis Manzano hit back at netizens who complained why he continues to “hide” the face of his and wife Jessy Mendiola’s newborn baby.

The newbie parents welcomed their daughter on December 28 last year, but only introduced her to the public last January 7.

Luis and Jessy have since been sharing glimpses of their baby on social media.

Luis looked at the camera but hid his baby’s face with a rose emoji.

The actor-host also lashed out at a netizen who compared him and Jessy to a pair of celebrities who instantly revealed the face of their child.