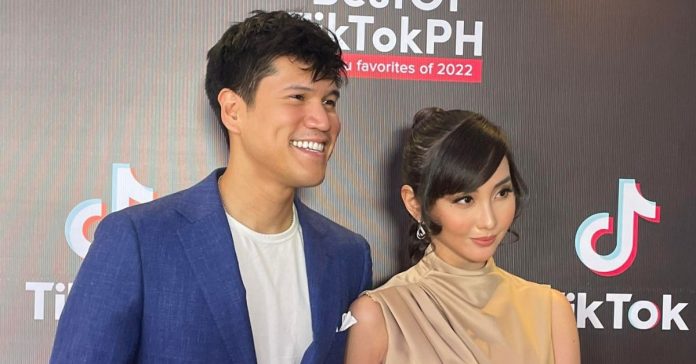 Alodia Gosiengfiao and Christopher Quimbo have found the best way to celebrate Valentine’s Day next year!

Gosiengfiao and Quimbo revealed that they will tie the knot on February 14, 2023 during the Best of TikTok PH event on Sunday, December 18, at Whitespace Manila.

The couple proudly showed their engagement ring and shared some details on their upcoming wedding.

“Preparation? It’s a lot of work!” the couple said in an interview with The Philippine STAR.

When asked about the reason behind their choice of wedding day, Gosiengfiao said, “It was like everyone was available on February 14.”

“They have a place to take their dates,” Quimbo echoed.

Quimbo proposed to Gosiengfiao in July 2022 just after four months of dating.