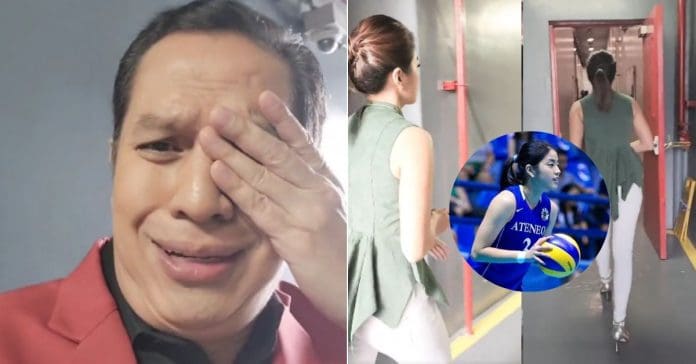 Stand-up comedian Alex Calleja humored netizens when he shared a parody of him getting “snubbed” by volleyball player-turned TV host Gretchen Ho.

On Twitter, Alex shared a video of him calling out Gretchen as he saw her in the hallway, but the latter only moved past him without any acknowledgment.

Alex shared the video amid the issue of fans allegedly snubbed by a group of professional volleyball players while on a short vacation.