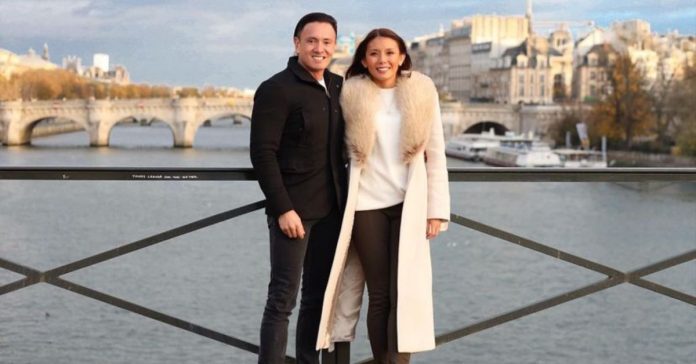 Victor Consunji was seen together with entrepreneur Rachel Carrasco in Paris, France.

The real estate firm owner and estranged husband of Maggie Wilson had a photo with Rachel at the famous Pon Des Arts Bridge. Both appeared to have their hands on each other’s waists as they smiled for the camera.

Comments on the post have been limited but Maggie’s entrepreneur boyfriend and business partner Tim Connor was among those who “liked” the photo.

“Love wins,” one of the comments read.

The separation of Victor and Maggie has been wrought with controversy. To recall, Victor filed adultery charges against Maggie and Tim in July.

After Maggie denied the adultery allegations, she later claimed that it was Victor who had an alleged affair during their marriage.