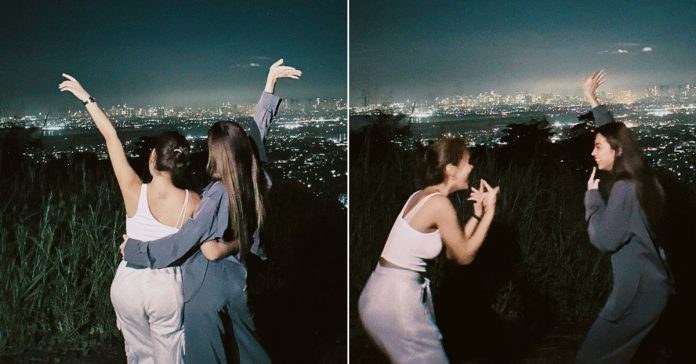 There’s clearly no bad blood between Zeinab Harake and Ivana Alawi even after the former’s controversial remark against the actress-vlogger, as revealed on Wilbert Tolentino’s vlog.

The two were seen getting along and enjoying a night out with some company, as seen in the photos shared by Zeinab on social media on Tuesday.

“Laughtrip night with my fav spot and fav pips i love you guy’s so so much,” Zeinab captioned in a tweet.

In an Instagram story, Zeinab shared a photo featuring Ivana’s back facing the camera, writing as caption, “my beautiful view”.

Ivana also took to her Instagram stories a photo of her with Zeinab where the latter wrote, “I love you.”

To recall, Zeinab figured in a controversy after Wilbert Tolentino released a “revelation vlog” where he exposed Zeinab’s messages allegedly badmouthing celebrity YouTubers including Ivana, Robi Domingo and Alex Gonzaga.

In the said conversation, Zeinab described Ivana as “mataas ang ihi.” She has since aired apologies to the persons involved in the revelation vlog.

Zeinab and Ivana previously collaborated for vlogs in their respective YouTube channels.