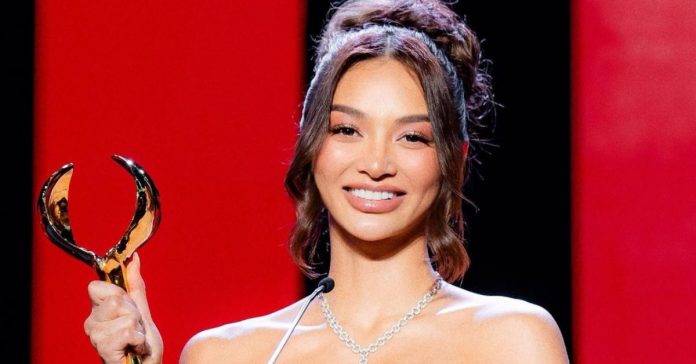 The proud actress took to social media to share the big moments she had when she was named as the Philippines’ Actress of the year for her performance in the film, The Housemaid.

“Dreams do come true. Thank you @diafaofficial proud to represent the Philippines,” she wrote on an Instagram post.

In one video, Kylie couldn’t help her joy as she held up her award during the event.

The award-giving body named the beauty queen as the country’s Actress of the Year in late October.

“This achievement is dedicated to all the hardworking Filipinos especially in UAE and Middle East,” she said.