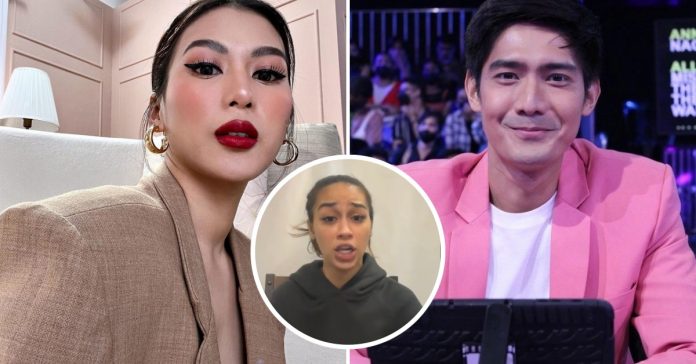 Robi Domingo and Alex Gonzaga have something to say after their names were dropped in social media personalities Zeinab Harake and Wilbert Tolentino’s public feud.

The two celebrities, among other local influencers, were allegedly badmouthed by Harake in their private conversations, said Tolentino in a “revelation” video.

The talent manager made his conversations with the YouTube star public as he expressed his dismay over her supposed cryptic posts against him.

As he shared the screenshots of their private conversations, Tolentino said Harake’s alleged remarks against the personalities were false.

Even Robi Domingo was mentioned in one of their conversations as Harake advised Tolentino to avoid collaborating with the celebrity host.

Just moments after Wilbert’s video went viral online, the two celebrities shared posts perceived by netizens as a reaction to the issue.

In a more recent tweet, the Idol Philippines host shared a meme of a “Robi Domingo public market.”

Meanwhile, Alex jokingly shared her husband Mikee Morada exposed her of staying up late to keep up with the drama.

In a Facebook live video, Harake expressed she has already apologized to the personalities who were dragged into their argument.