Is Heart Evangelista the newest star in Bling Empire? 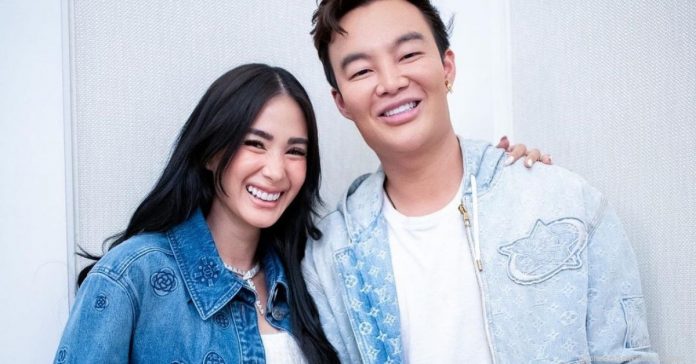 Seems like we’re gonna be seeing more of Heart Evangelista in Los Angeles.

The Kapuso actress is “a true beauty inside and out” said Kane Lim, one of the cast members in hit American reality series Bling Empire.

On Instagram, Heart smiled from ear-to-ear as she posed with the Netflix reality star.

“You are a true beauty inside and out. @iamhearte so much fun #blinginsideandout,” Kane responded.

His caption read: “Heart Evangelista You Ready? You epitomize what Philippines mean to me. A country with heart and kindness. A true beauty inside and outside. Perfection!!!”

As of writing, Heart is in the “city of angels” with Filipino designer Mark Bumgarner. Based on her Instagram stories, the 36-year-old even met up with the author behind Crazy Rich Asians, Kevin Kwan.

Bling Empire is Netflix’s hit reality series following the lives of “wildly wealthy” Asians and Asian-Americans in Los Angeles. The show’s second season is reportedly in the works.