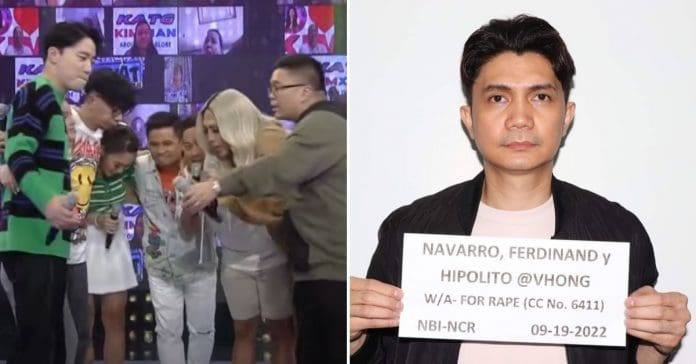 The hosts of It’s Showtime have expressed support for Vhong Navarro who is being detained at the National Bureau of Investigation (NBI) Detention Center in Manila.

In the Tuesday episode of the noontime variety show, Jhong Hilario started off with a shoutout to Vhong, with messages of support coming from Showtime co-hosts.

“Yes, Kuys Vhong,” echoed Vice Ganda, while prompting Showtime hosts to do a group hug for their colleague.

“We will all be praying for you. We love you Vhong,” Vice Ganda added.

Vhong earlier surrendered to the NBI on Monday, September 19 and posted P36,000 bail after a Taguig City court issued against him a warrant of arrest for Acts of Lasciviousness.

The TV host-actor remains in the custody of NBI after he was issued another warrant of arrest, on the same day, for the non-bailable rape complaint filed against him by model Deniece Cornejo in 2014.