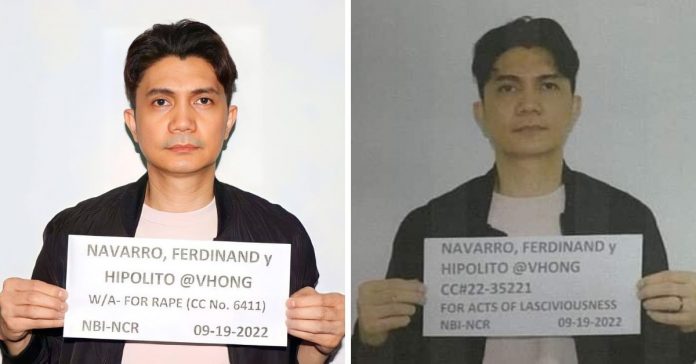 Vhong Navarro is currently detained at the National Bureau of investigation (NBI) Detention Center in Manila for alleged rape of model Deniece Cornejo.

The It’s Showtime host surrendered to the NBI on Monday, September 19, after a Taguig City court issued against him a warrant of arrest for Acts of Lasciviousness.

The TV host-actor, however, has remained in the custody of NBI after he was issued another warrant of arrest for rape by Taguig City’s Regional Trial Court Branch 69, with no bail recommended.

Vhong underwent an antigen test where he tested negative before he was turned over to NBI-Security and Management Section on Tuesday, September 20, for detention.

Mugshots of the actor for the said cases have also been released on NBI’s official Facebook page.

During an interview with the media, Vhong expressed disappointment over the complaint filed by Deniece in 2014, saying it was supposed to be over a long time ago.

Vhong also reiterated his innocence in the rape charges filed against him, claiming he’s the real victim in the case.

The actor-host, nevertheless, said he remains hopeful with the support from his legal team, his wife and family.