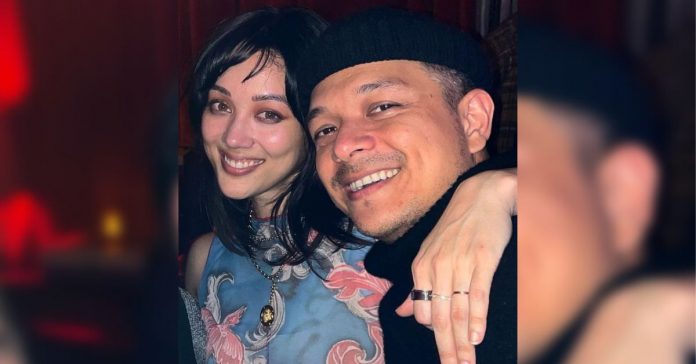 This was Jericho Rosales’ reaction when asked about his rumored separation from model-wife Kim Jones.

Jericho returned to the country after months of being in New York, appearing as a special guest at an event by a personal care brand over the weekend in Pasig City.

In an ambush interview by selected members of the press after the show, the 42-year-old actor got to share some details about his upcoming projects, including a film and shows with Piolo Pascual.

“Piolo and I are going to the US. November, and we’ll be there a month or a month and a half maybe. And maybe holidays there, balik-balik din dito,” Jericho was quoted as saying in a report by Pilipino Star Ngayon’s Gorgy Rula.

The actor was then asked how he and his wife Kim have been doing.

Jericho also laughed off intrigues about him and Kim allegedly going their separate ways. “All right guys! I love you. Thank you,” he said.

Back in February, Jericho and Kim revealed settling down in an apartment in New York City.

The actor has also been taking acting workshops at the Big Apple.

Jericho and Kim tied the knot in a garden wedding in Boracay in May 2014, months after getting engaged in August 2013.