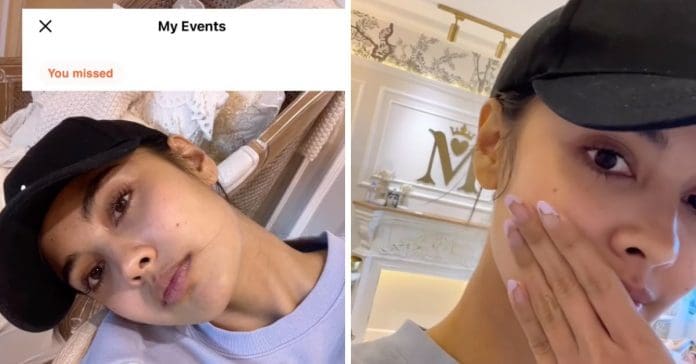 Megan Young treated herself to a day out when she failed to secure a ticket in the raffle draw for K-pop icons BTS’ Yet To Come concert in Busan.

As seen in her Instagram video, the former beaty queen made her best effort to cheer herself up by going out to get her nails done and eating good food.

“Hindi ako napili sa raffle for the Busan concert ng BTS… so I did what I do best pag malungkot ako – love yourself muna nag peg ko.

“Got my nails done, ate yummy food and had coffee kahit late na tapos iyak pagkatapos,” she wrote in the caption.

Megan even went for BTS inspired nails as she sported a pastel purple nail art.