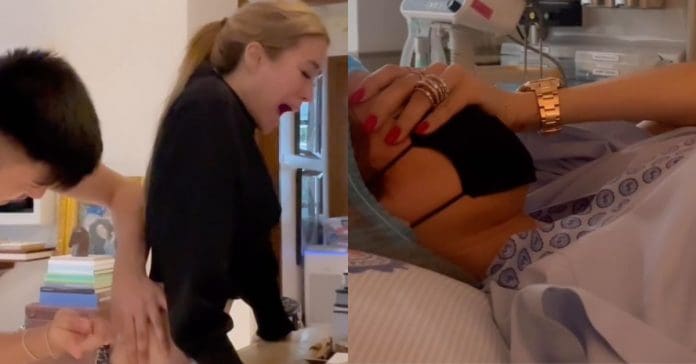 In an emotional video featuring snippets of her life posted on Sunday, fans got curious why Heart Evangelista was receiving an injection shot on her backside.

The actress received comforting words in her recent social media post where she compiled clips to show how her life has been.

“Snippets of life… Always grateful for all the amazing adventures,” she wrote in the caption.

In one clip, Heart gave a glimpse of her receiving an injection shot on her backside. Based on the background, another notable clip seemed to be taken from a hospital.

Under the post, fans weighed in what her injection shot was for – most suggested it was a shot containing progesterone.

“Aww your makeup artist/assistant is very kind to help you out specially that monthly injection, I did that for 4 months and I’m blessed it worked,” a netizen wrote.

Progesterone shots are said to treat irregular menstrual cycles or prescribe for pregnant women who have experienced a miscarriage. The actress, however, has not indicated what the injection was for.

The actress’ recent video on Instagram came after her revelation about her “personal struggles” on a short catch-up video on her vlog.

“I’m not going to lie, I’ve been going through a lot of personal stuff in my mind but at the end of the day, I’m still very, very grateful and as long as there’s life, there’s hope and I try to see the beautiful things in everything that I go through whether that’s being pressured,” she said.