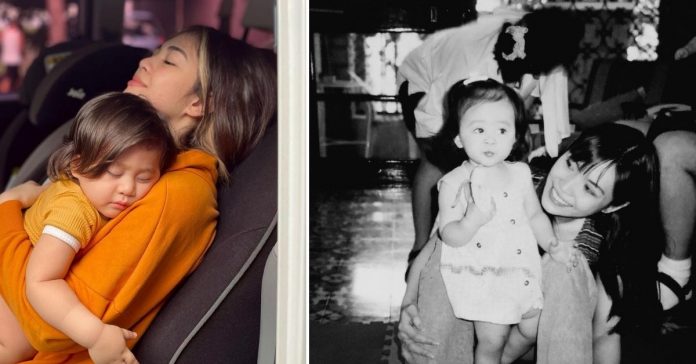 After shocking her fans with news of her relationship status, single mom Janella Salvador opened up that she learned how to be independent through her mother, singer-actress Jenine Desiderio.

During an interview with broadcast journalist Bernadette Sembrano, the single mom shared her thoughts on loving her independence.

“As much as, I love the people around me who are always there to help me, I always want to know na kaya ko gawin, like at the end of the day… I can rely on myself na hindi ko kailangang humingi ng tulong sa iba. I like being independent.

“Siguro kasi I saw my mom when I was growing up kung paano siya, she was able to raise us on her own so siguro na-embody ko kung paano siya. I wanted to be independent as well,” she said.

The 24-year-old is the daughter of singers of former couple Jenine Desiderio and Juan Miguel Salvador.

It was in the same YouTube video, when Janella described herself as a single mom to her and Markus Paterson’s child Jude Trevor.

When asked what was the last thing she fought for, Janella opened up: “Being a single mom. Talagang nilalaban ko ‘yun. At the end of the day, alam kong kaya ko naman siya.”